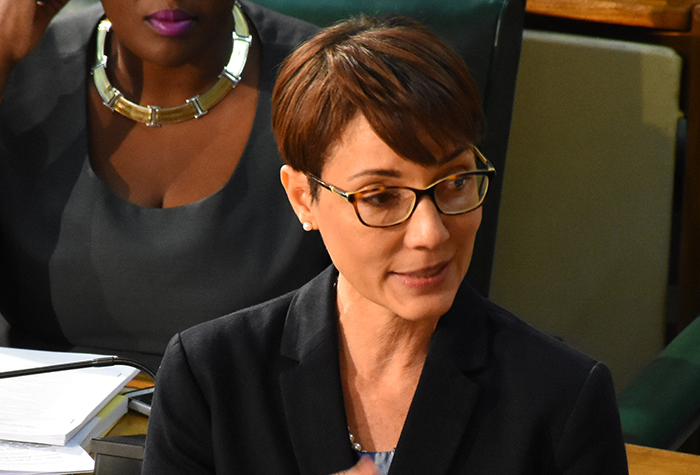 Foreign Affairs Minister, Kamina Johnson Smith, is urging Jamaicans overseas who wish to return home to be patient as the Government moves to the second phase of its controlled re-entry initiative.

The Jamaicans had remained overseas due to the closure of Jamaica’s borders in a bid to limit the spread of the coronavirus.

Among those who returned home last night and are now in quarantine are 43 Jamaicans who were aboard the Marella Discovery ship.

The flight which transported the 1-hundred-and-20 Jamaicans into the island last night is expected to leave Jamaica today with scores of British nationals who were stuck in Jamaica.

In the meantime, one crew member of the Marella 2 Cruise Ship, who returned to Jamaica yesterday, says his shipping company had agreed to cover the cost of his quarantine period.

He says at one point he was wondering why the government was not re-admitting him and fellow Jamaicans.

Mr Cameron says he was pleased with news last week that he’d be able to return home.

He’s however concerned about how some of the health officials and security personnel treated him and the others when they arrived in the island yesterday.

Jerome Cameron, a crew member who was aboard the Marella 2, speaking this afternoon with Nationwide News.

You can listen the full interview on Nationwide This morning Tomorrow.