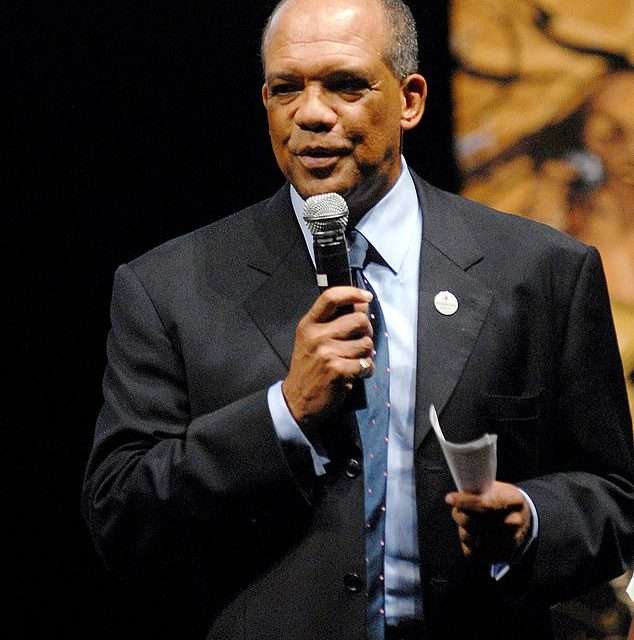 Former Premier of Bermuda Dr Ewart Brown was on Wednesday charged with 13 counts of corruption in a Magistrates’ Court.

Bermuda’s Director of the Department of Public Prosecutions, Cindy Clarke, said the charges against the former leader who appeared before the court remotely via Zoom, include five related to agreements with the Lahey Clinic in Massachusetts, through which he allegedly received 4 million US in monthly payments between 2001 and 2010.

The remaining eight charges relate to allegations of corruptly obtaining three-hundred and 50-thousand dollars in donations to benefit the Progressive Labour Party and the Bermuda Health Foundation between 2004 and 2010.

Brown, was not required to enter a plea to any of the charges because they must be heard by the Supreme Court.

He remained silent during the proceedings, only speaking to confirm he could hear Senior Magistrate Juan Wolffe.

Wolffe released Brown, on 250-thousand dollar bail with a surety of the same amount.

The matter is expected to be heard in the Supreme Court during the April arraignments session.

Brown was named as a “non-party co-conspirator” in a 2017 lawsuit brought by the former One Bermuda Alliance government against the Lahey Clinic.

The legal action in Boston against Lahey Clinic alleged there was a conspiracy between the health provider and Brown to conduct excessive medical scans.

Both Brown and the Lahey Clinic denied the allegations.

The case was dismissed by Judge Indira Talwani of the US District Court in March 2018.

But a police investigation at home into allegations of unnecessary medical scans in Bermuda continued.