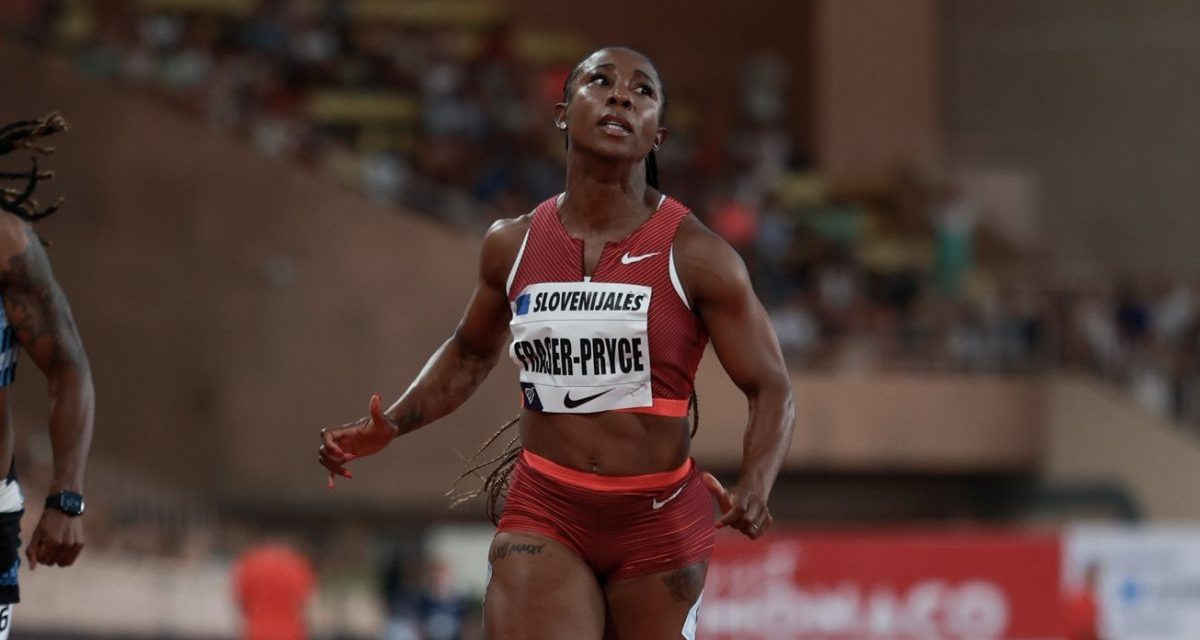 The five time 100 metre world champion improved on the 10.67 seconds she ran to win in Silesia when she stopped the clock at 10.62 seconds to set a new meet record and world leading time on the 10th stop on the Diamond League circuit.

This makes her the first woman in history to break 10.70 seconds six times in the same season.

Her compatriot, Shericka Jackson was second in a personal best 10.71 seconds.

Clayton ran a personal best 53.33 seconds to take the gold in the women’s 400 metre hurdles, while Commonwealth Games Champion Janieve Russell was second in a seasons best 53.52 seconds.

Shanieka Ricketts finished second in the women’s triple jump with a leap of 14.91 metres.

The event was won by World and Olympic Champion Yulimar Rojas with a jump of 15.01 metres.

Candice McLeod’s season’s best 49.87 seconds gave her the silver in the women’s 400 metre.

Her compatriots, Stephenie-Ann McPherson was fourth in 50.52 seconds and Junelle Bromfield sixth in a season best 50.93 seconds.

And Tajay Gayle with a season best 8.06 metres was fourth in the men’s long jump.