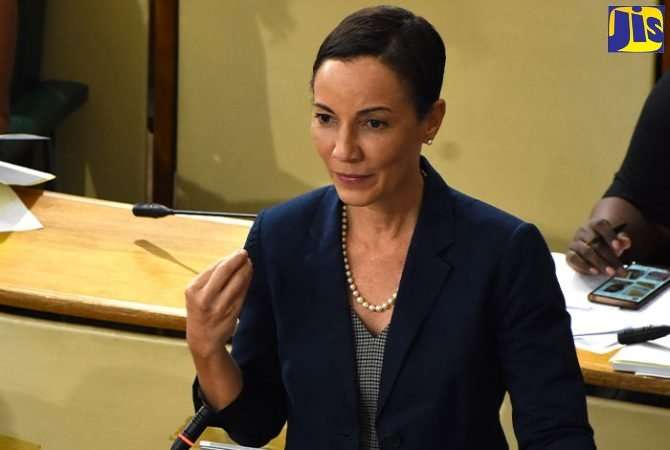 Cabinet Minister and Government Senate Leader, Kamina Johnson Smith, say it’s not the Government’s understanding that the Supreme Court formally ruled this week that the detention of five men under the States of Public Emergency is unlawful and unconstitutional.

Senator Johnson Smith made the comment during debate in Upper House today on a resolution to extend the five States of Public Emergency across Jamaica.

Defense Attorneys, John Clarke and Isat Buchanan, alleged this week that the Court ruled that the detention of the five men is unconstitutional and ordered their release.

The Attorneys based their interpretation of the ruling on verbal comments allegedly made by Justice Bertram Morrison.

However, a written order seen by our news center today mandated that the five men appear in the Supreme Court in connection with a habeas corpus application filed by their lawyers.

But, the document did not state that an order has been made for the release of the men based on the unconstitutionality of their detention.

The order said the Court would issue a written judgement at a future date which was not specified.

She says as it is the government’s understanding that the matter continues before the court on Monday.

In the meantime, Opposition Senator, Floyd Morris, told the Senate that he’s anticipating clarity on the issue.