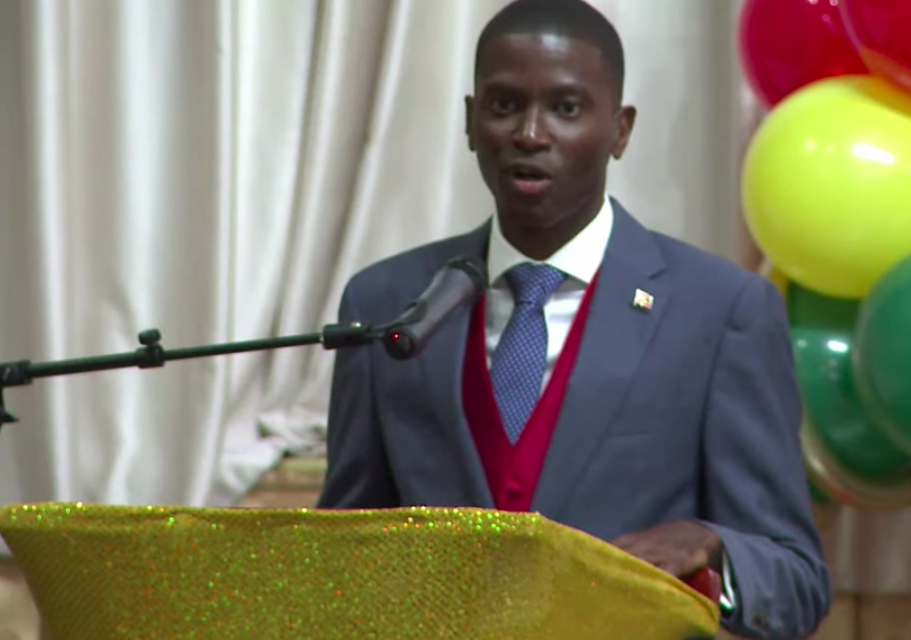 Attorney Dickon Mitchell was sworn in as Grenada’s ninth Prime Minister yesterday, pledging to end nepotism, reform the electoral system and work for the betterment of the tri-island state.

The 44-year-old Mitchell who led the opposition National Democratic Congress, NDC, to a 9-6 victory in Thursday’s general election, took the oath of office before Governor General Dame Cecile La Grenade in the presence of his grandmother, his two children and supporters of the party.

He said a collective approach would be needed to deal with the many problems confronting Grenada, Carriacou and Petite Martinique.

Mr Mitchell said he was urging Grenadians to be part of the transformation of the country and that while the members of the Cabinet and portfolios will be known soon, such a task will be undertaken on a merit basis.

During his address, Mr Mitchell confirmed he had held talks with the former prime minister, who had initiated the call earlier yesterday and that the discussions centred on the need to improve Grenada, Carriacou and Petite Martinique.