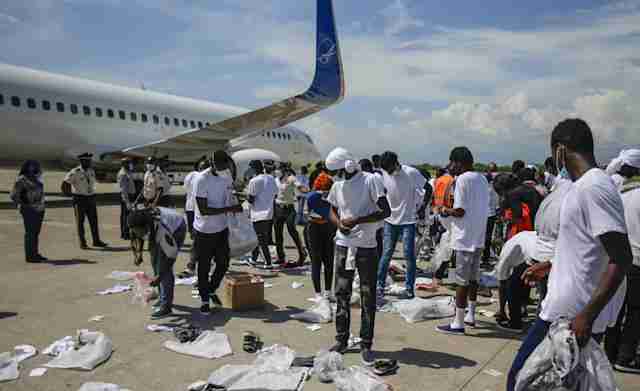 The Haitian government has been advised by the United States to expect the deportation of at least 14,000 migrants who were trying to cross the US/Mexico border into America.

In recent days many Haitians have come to the US/Mexico border trying to get into America after misinformation was spread that they would be allowed entry.

Caribbean Correspondent at the Miami Herald, Jacqueline Charles while speaking on Nationwide this Morning provided an update.

Images out of the United States show hundreds of migrants in makeshift camps along the International Bridge in Del Rio, Texas.

Ms. Charles says many have come because many have been struggling to settle legally in Mexico.

Meanwhile, Ms. Charles the Temporary Protective Status, TPS, programme that has been in place for Haitians and migrants from other countries is not applicable to the persons now at the border.

Some 60- thousand people qualified or benefited from the TPS that was in place after the 2010 earthquake in Haiti.

To benefit from TPS now, Haitians would’ve had to be in the US by July 29.