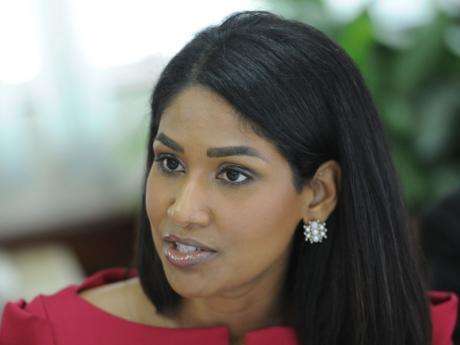 South East St. Ann MP, Lisa Hanna , is lashing out at the media as desperate following a disclosure today that the Office of the DPP has chided her for nepotism and cronyism in relation to the award of millions of dollars in Government contracts at the St. Ann Municipal Corporation.

Sections of the print and electronic media reported today that the Office of the DPP says between 2011 and 2015 there was a culture of negligence, cronyism and unethical management in the award of contracts to PNP cronies by the St. Ann Municipal Corporation.

The DPP says the Corporation acted with the protection and support of Ms. Hanna.

Miss Hanna took to social media today and blasted the media as desperate.

The Opposition MP quoted a section of the ODPP’s ruling which said there was no allegation or evidence that she departed from established procurement procedures or breached the criminal law.

But, in her social media post today, Miss Hanna excluded mention of a section of the DPP’s ruling where the DPP says the Contractor General’s findings showed up a culture of negligence and unethical management in the award of contracts developed in the St Ann Corporation which acted under her aegis.

Hanna also excluded from her social media rebuttal today a section of the DPP’s finding which says an impartial and fair-minded observer could legitimately form the view that the Corporation was being used as a vehicle through which PNP cronies were awarded CDF funds and contracts.

The DPP also recommended that a member of Hanna’s constituency executive, Joan McDonald, be criminally charged for misleading the Contractor General.

And, the DPP raised the possibility of Hanna’s husband and PNP NEC Member, Richard Lake, being charged if McDonald stands by her statement that Lake influenced her to make a false statement to the OCG.