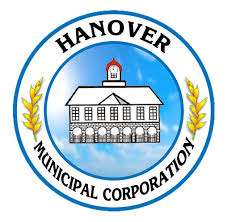 Nationwide News understands that at least three major anti-corruption agencies raided the Hanover Municipal Corporation yesterday in relation to allegations of mismanagement and nepotism into the awarding of contracts by the entity.

It’s understood members from the Integrity Commission supported by other entities swooped down on the corporation from before 10 yesterday morning and spent almost the entire day perusing documents.

Sources have told Nationwide News that the other entities were the Counter-Terrorism and Organised Crime Investigation Branch, C-TOC, and the Major Organised Crime & Anti-Corruption Agency, MOCA.

It’s understood they also took documents with them.

The visit by the Integrity Commission was confirmed by Chief Executive Officer of the Hanover Municipal Corporation, David Gardner, who was not able to say who the other entities were.

Efforts to reach Mayor of Lucea, Sheridan Samuels, who has been at the center of a number of allegations which led to the start of the investigations proved futile.

On Monday, the Mayor had called on the Ministry of Local Government to undertake an investigation into the allegations of nepotism in the awarding of the contracts by the corporation.

A press conference was called to address the issue of two videos circulating on social media in which the narrator made claims about one of the Mayor’s relatives and millions of dollars in contract work issued by the municipal corporation over a four-year period.

In September the Mayor further threatened legal action in relation to another set of allegations.

In a message being circulated within the PNP, allegations were made that the Mayor had taken five million dollars from the coffers of the corporation.

The author of the message alleged that the money was shared up to fight the outgoing Member of Parliament, Ian Hayles and the PNP.