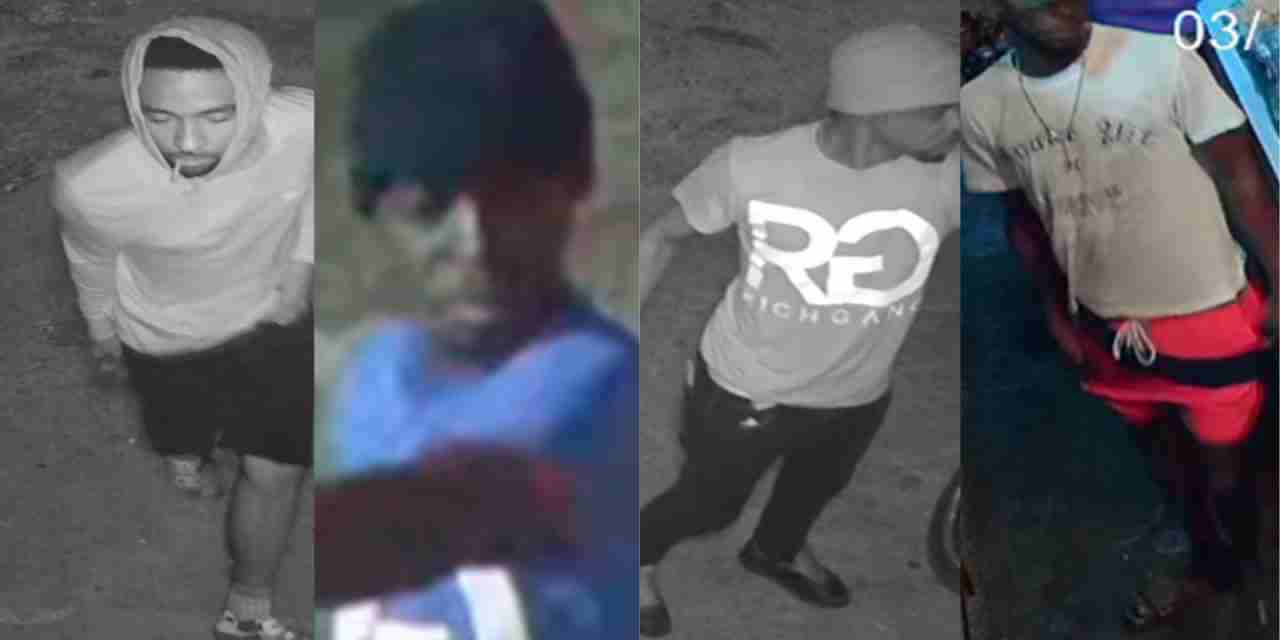 The Hanover Police have released photographs of four men suspected to be the perpetrators behind the March triple murder in Santoy district, Hanover.

The police say they are following several investigative leads and lines of enquiry and have made some headway in the case.

However they are appealing to members of the public to assist them in advancing the investigation.

Persons are encouraged to share any information they many have by contacting the Lucea Criminal Investigations Branch at 876-956-2304, Crime Stop at 311 or any police station.

Reports are that on the night of March 16, three men were shot and killed while installing cameras at a mini-mart in the district.

Four other people were shot and injured.

At the time of the incident, sources said the mini-mart was robbed, twice before, which prompted the owner of the establishment to install cameras.

Since the start of the year up to June 20, the parish of Hanover has recorded 20 murders.