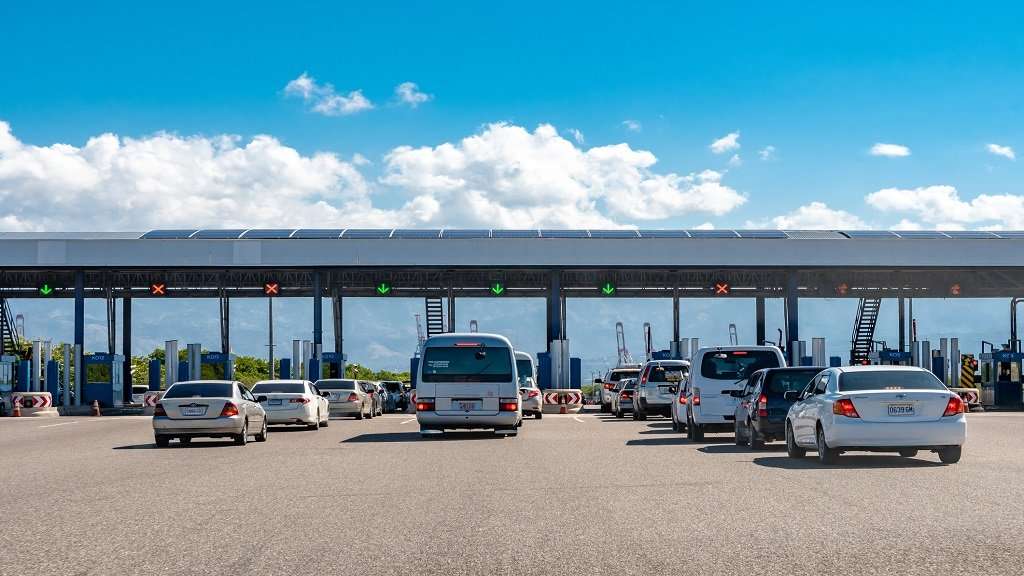 Operators of Highway 2000 are seeking an increase in their toll rates from the Ministry of Transport.

According to a release from the Ministry, the proposed increases range between 9 per cent and 26 per cent.

However, the highway authority is seeking to provide a discount to motorists who use the Portmore and Spanish Town toll plazas after their 10th trip.

A motorist travelling through the Portmore Toll Plaza with a Class one vehicle, will pay three-hundred and forty dollars up from two-hundred and ninety .

A Class two vehicle using the same plaza will now pay five-hundred and fifty dollars, up from four-hundred and 70, while a class three will pay one-thousand and 20 dollars.

However, users of the Portmore Toll Plaza can receive a discounted rate of two-hundred and 88 dollars after their tenth passage for Class one vehicles and four-hundred and 68 for Class two.

Class one vehicles travelling through the Spanish Town Toll will also receive a discounted rate of two-hundred and eighteen dollars after their 10th passage while Class Two will pay three-hundred and 33 dollars.

No discounts were proposed for Class 3 vehicles.

Members of the public have five days within which to provide feedback, with the adjustments likely to take effect next Saturday July 2.