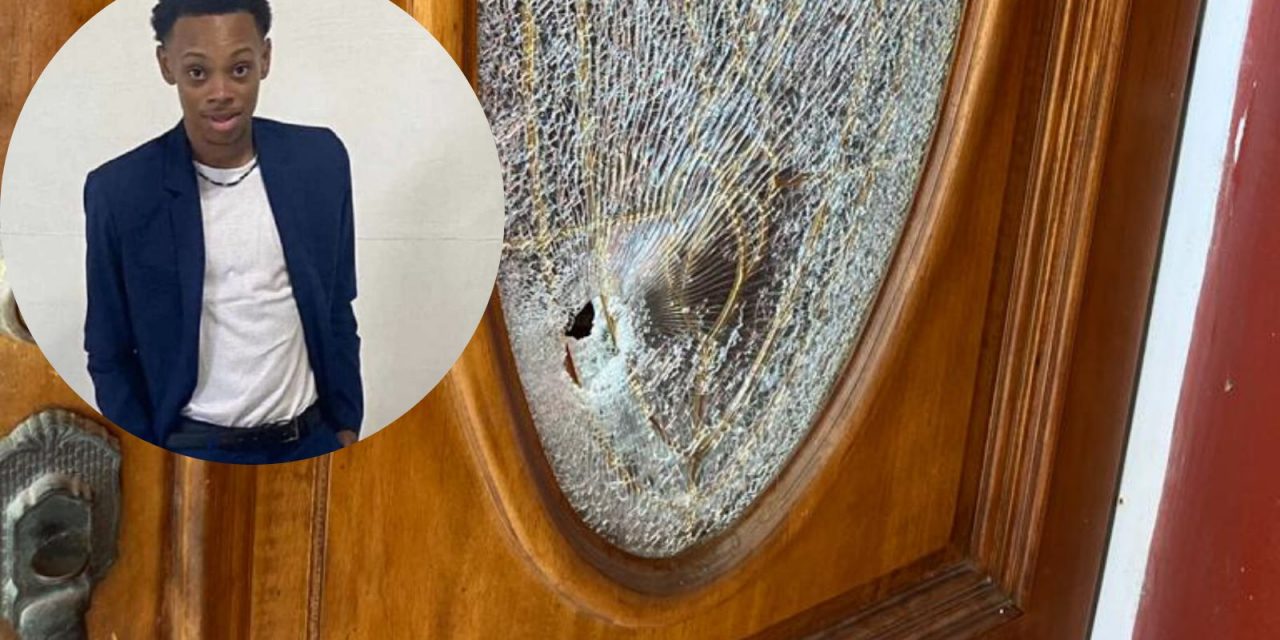 The close knit community of East Cave Drive in Hellshire, St. Catherine is devastated following the shooting death of a teenager by his father.

The man reportedly mistook his son for an intruder.

The 15-year-old boy, Raheem Shaw, was a student at Wolmer’s Boys School in Kingston. He was shot and killed shortly before dawn in the quiet middle class community.

Neighbours were awoken by the unusual sounds of gunshots on East Cave Drive some time after three Wednesday morning.

Ripton Watson, who lives across the road from the Shaw family home says he responded immediately. On the scene was the body of young Raheem who was suffering from gunshot wounds.

It’s understood the quiet teenager was shot in the head and the abdomen. He was found on the ground gasping for breath. Raheem was rushed to the hospital by his father.

He succumbed to his injuries.

Preliminary information suggest Raheem was shot while in the drive way of his home. The bullets penetrated the front door creating two holes. They also punctured at least one tyre on a car in the front yard.

Another team from the JCF’s Scenes of Crime unit arrived mid-morning collecting more evidence and completing the processing of the scene.

A relative told Nationwide News that when Raheem’s father responded to the disturbance, his son’s room door was closed and the fan was on leading his parent’s to believe the youngster was in his room.

It’s the question many have been asking. Watson says Raheem was loved dearly by his parents.

Raheem’s parents were interviewed by the police. The licensed firearm of Raheem’s father has also been seized.

Raheem is the youngest of three children. His two other siblings are overseas.