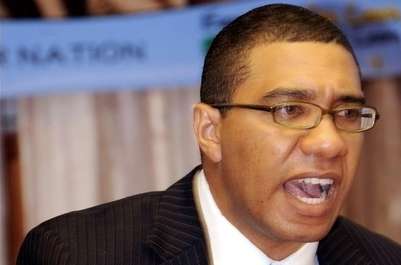 Opposition Leader, Andrew Holness, is vowing to fight off those who’re trying to remove him as leader of the Jamaica Labour Party.

Addressing the party’s Central Executive meeting last Sunday, the embattled JLP Leader warned those who’re determined to remove him that his roots in the party are firmly planted.

An audio copy of Mr. Holness’ defiant speech has been leaked to Nationwide News.

Mr. Holness addressed the second most powerful decision making body inside the party.

The JLP leader bluntly told his critics that he’s not budging. In a defiant speech last Sunday, Andrew Holness told the Central Executive that there are persons who are determined to see his back and destabilize the Labour Party.

But he said those forces will not win.

That speech was being delivered on Sunday, the same day that West Portland labourites were being told by their MP, Daryl Vaz, that there will have to be changes in the JLP.

Also on Sunday at the West Portland constituency conference, Holness’ Spokesman on Legal Affairs and Justice, Delroy Chuck, went on the attack publicly.

This morning, Chuck, who’s the MP for North East St. Andrew, went further saying Holness should go because he does not have the moral authority to lead the Labour Party.

But addressing the Central Executive meeting on Sunday, Holness said the JLP must unite, but cautioned that time was against them.

He called on those who have clenched fists for war to accept his invitation to unite.

The embattled JLP leader vowed to fight on saying they are going to be tired of seeing his face.

Meanwhile, Mr. Holness also urged the Central Executive to understand that his controversial move to appeal the recent ruling of the constitutional court, was not designed to keep Dr. Christopher Tufton and Arthur Williams from the Senate.

He said the appeal was based on a desire to achieve clarity from the higher court regarding several key legal issues which also impact on governance in Jamaica.

The JLP leader said following the decision of the constitutional court he proposed a political solution in which the four senators affected by the ruling would resign.

He said he had indicated a willingness to return Dr. Tufton and Mr. Williams to the Senate.

But Mr. Holness said the lack of trust blocked those efforts.