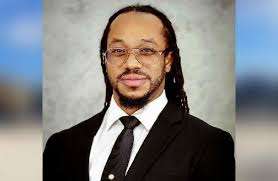 Human Rights attorney, Isat Buchanan says he’ll be writing to the Governor General to ask that an inmate George Williams to be released.
Williams has been in prison for nearly 50-years after being labeled as unfit to plead.

He is one of two inmates who have been languishing in prison for a combined 95 years.

Their cases have been brought to the attention of NGOs and Buchanan following reports on the case of Noel Chambers who died after 40 years in prison without a trial.

Mr. Buchanan disclosed his intention to write Sir Patrick Allen while speaking on Nationwide this morning with Kalilah Reynolds and Danielle Archer.

He says he’ll be asking for Williams and others to be released.

Williams was 20-years-old at the time he was charged.

Mr. Buchanan says the inmate who is now 70-years-old has been fit to plead over a number of years, but has never been brought before the courts.

Williams’ last appearance in court was in 1975.

The Human Rights attorney explained that bringing Williams before the court at this time would be difficult.

Mr. Buchanan says the government should have persons in prison who’re unfit to plead placed in a mental institution.