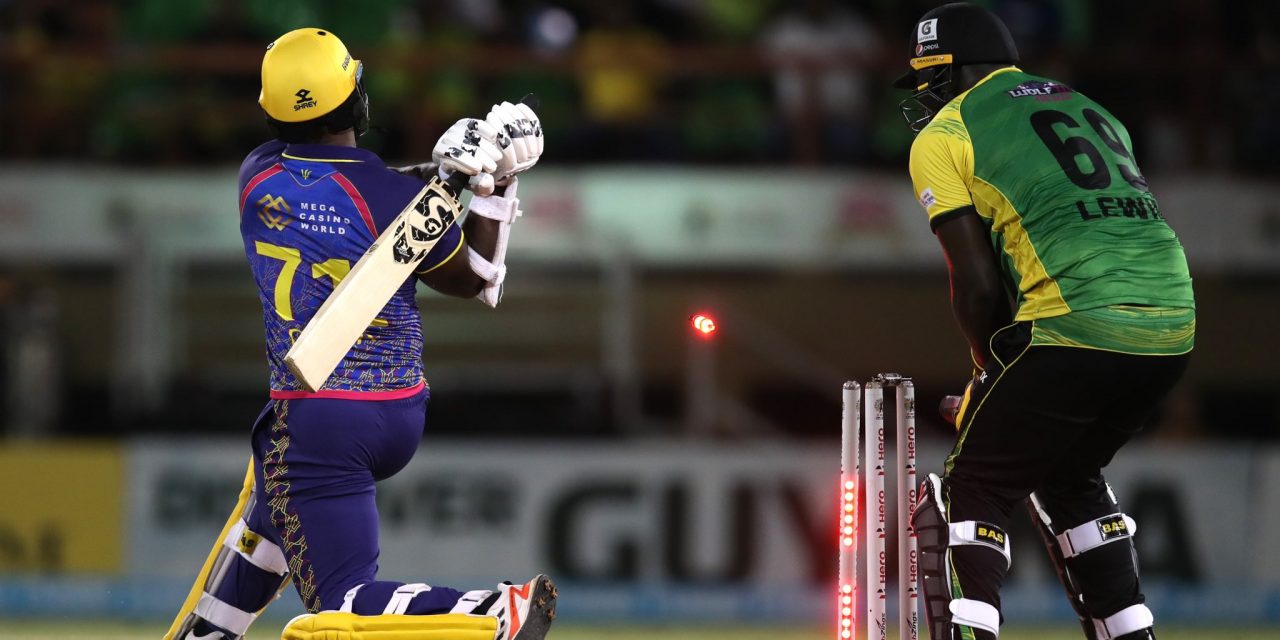 The Jamaica Tallawahs are this year’s Caribbean Premier League cricket champions after they defeated the Barbados Royals in a thrilling encounter last night at the Providence stadium in Guyana.

The Tallawahs won the game by eight wickets with 23 balls to spare.

This is their third hold on the trophy in its ten year history, having been the inaugural champions in 2013 and won it again 2016.

The Tallawahs victory bid was led by Brandon King who scored an unbeaten 83 to guide the Jamaicans to 162 for 2 in 16.1 overs, after the Barbados Royals posted 161 for seven off their 20 overs.

Shamarh Brooks contributed with 47 runs while captain Rovman Powell was not out on 14.

She said “Heartiest congratulations to the Jamaica Tallawahs for taking this year’s CPL title. I knew they could it do it. Big Up Tallawahs. Jamaica is so proud of you; now three time champions.”