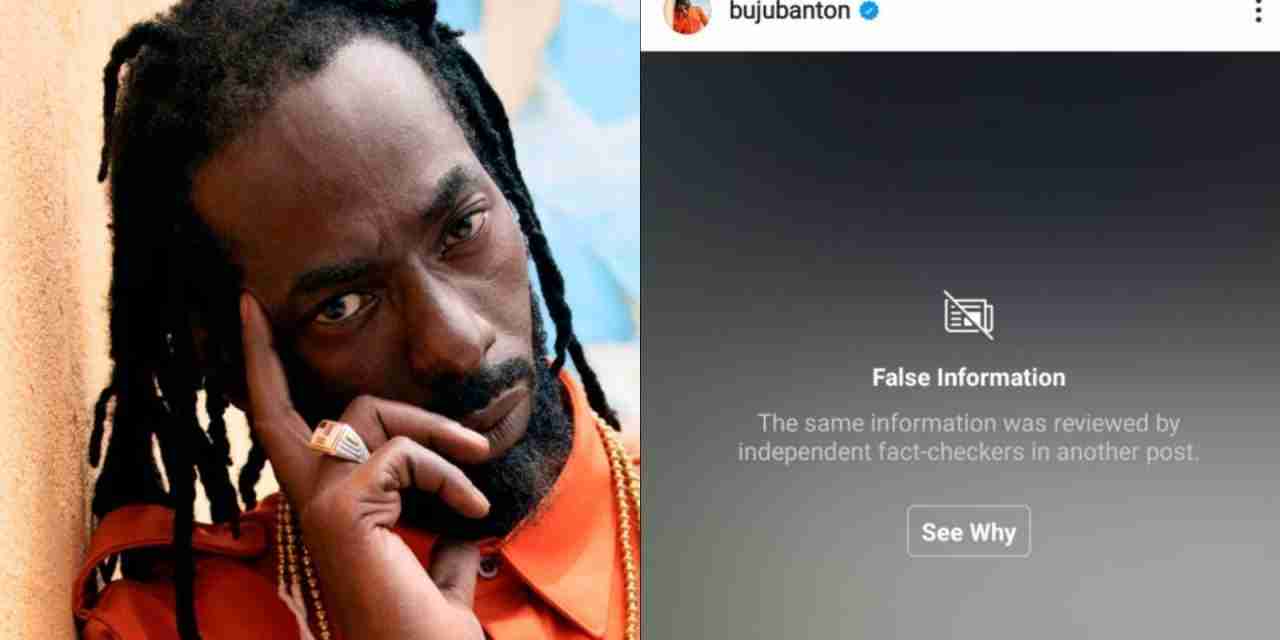 A post by popular Reggae artiste, Buju Banton, has been flagged by popular social media platform, Instagram, for spreading false information about the Covid-19 pandemic.

The pandemic has killed over 1,200 people in Jamaica and approximately 4-million people across the globe.

Buju posted misinformation to Instagram which alleged that there was a plan to release various variants of the Covid-19 virus over the next few years.

A fake graphic posted by Banton alleged that a popular university was part of the plot.

Instagram told users of the platform that fact checkers have done their due dilligence and found Banton’s claim to be false.

The Grammy Award winning entertainer has been using his Instagram profile to spread conspiracy theories and false information about the pandemic to his over 1.3 million followers.

Banton’s given name is Mark Myrie.

He rose to fame in the early 1990’s as a hardcore deejay who released two albums, Stamina Daddy and Mr. Mention.

Banton later adjusted his content to what was regarded by some as more conscious lyrics.

In 2009, he was arrested on cocaine related charges in the United States. His first trial ended with a hung jury.

During the trial, some fans of the entertainer were stunned as US prosecutors presented video evidence of Banton tasting cocaine from a kilogram bag during negotiations on the drug deal.

The artiste’s 2010 album, Before the Dawn, won a Grammy Award for Best Reggae Album at the 53rd Annual Grammy Awards.

In 2011, Buju was convicted of conspiracy to possess with intent to distribute five or more kilograms of cocaine in Tampa, Florida.

He was imprisoned in the United States until December 2018, when he was deported to Jamaica.