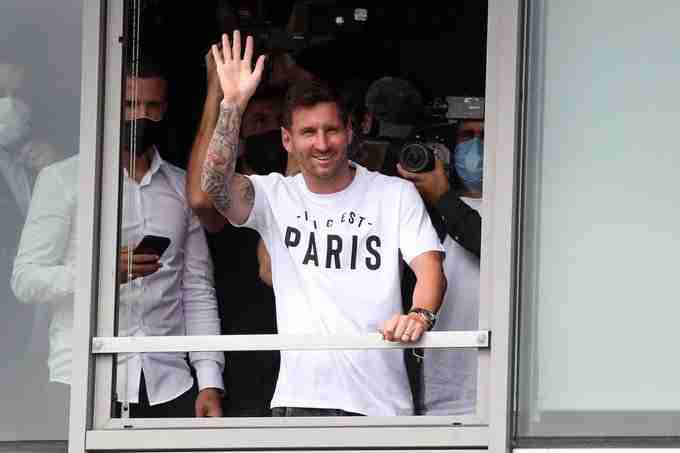 It’s understood that there’s an option for a third year.

A tearful Messi bid farewell to Barcelona, his club for the last 21 years, over the weekend in a press conference.

Barcelona had announced last week that Messi will be leaving the club because they won’t be able to register him due to La Liga financial restrictions.

His contract had ended in June.

That paved the way for the free transfer to PSG where he’s expected to earn around 35 million euros per year – a fraction of what he earned at Barcelona.

Messi arrived in Paris on Tuesday where he greeted eager fans. It’s expected he’ll complete a medical today with an official announcement coming from PSG on Wednesday.

The Argentina captain will be reunited with former Barcelona teammate, Neymar, and form a front three which will include French World Cup winner, Kylian MBappe.

Neymar and M’Bappe are the two most expensive transfers ever.

He leaves Barcelona having scored a record 672 goals in 778 games for Barca.

He won the Ballon d’Or a record six times and lifted 35 trophies with the Catalan club.