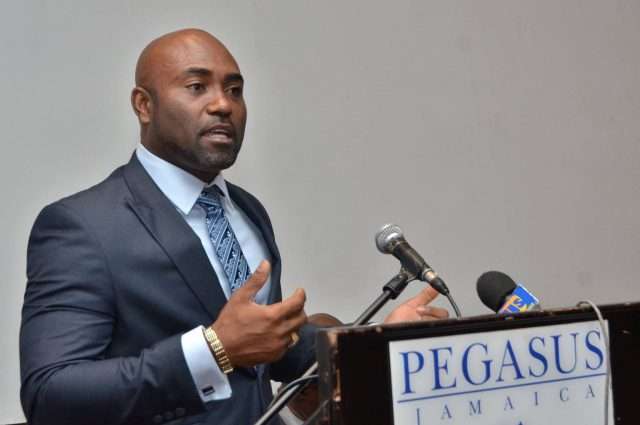 Director of Investigations for the Integrity Commission says former Energy Minister, Dr. Andrew Wheatley was less than truthful in his statements to the Commission.

That’s according to a damning report based on investigations into the scandal which rocked state-owned oil refinery, Petrojam, in 2018.

The report was tabled in the House of Representatives this afternoon.

The Integrity Commission report says the statement provided to its Director of Investigation by Dr. Andrew Wheatley, regarding his relationship with a Ms. Sophia Deer, is disingenuous.

The Director says his conclusion was premised on the fact that Dr. Wheatley was less than truthful in his representations when he described Ms. Sophia Deer as his former Technical Assistant.

Ms. Deer has been revealed to be the mother of Dr. Wheatley’s nephew.

However, the Director says they found no instances of nepotism and or improprieties in the actions of Dr. Wheatley and his relationship with Ms. Deer in the context of this Investigation.

But, the Director concludes that Dr. Wheatley was dishonest in other representations and in this regard sought to mislead and did mislead his office.

This the report says is contrary to sections of  the Integrity Commission Act,  the Commission of Enquiry Act and the Perjury Act.

Meanwhile, the report says based on the documentary evidence provided, the Director  is questioning whether the strategic placement of certain individuals in key positions at Petrojam served as a corruption enabling mechanism.

The strategic placement of certain individuals is evidenced by the appointment of Dr. Perceval Bahado-Singh and Mr. Richard Creary to the Board of Petrojam Limited.

The report says Dr. Bahado-Singh and Mr. Creary thereafter interviewed Mr. Floyd Grindley for the position of General Manager of Petrojam. A post to which he was selected as the successful candidate.

Mr. Grindley, after being appointed General Manager was a part of the three-member interview panel which recruited Mrs.Yolande Ramharrack as the Human Resource Development Manager. The position that oversees the granting of donations by the entity as well as the recruitment of staff.

This is in relation to whether Dr. Andrew Wheatley, was dishonest in his representations concerning Ms. Sophia Deer and whether he sought to mislead and did mislead the Director.

It’s also recommending that this report be referred to the Financial Investigations Division for further investigations to be conducted.

This in relation to donations made by Petrojam Limited for the period 2016 to 2018 to the Sydenham Citizens Association, Homestead Primary School, Camperdown High School, among others.

Report Points To Instances of Nepotism

The Integrity Commission’s Director of Investigation has concluded that there were instances of nepotism and or gross improprieties and irregularities in the recruitment of former Petrojam Human Resource Manager, Yolande Ramharrack.

The report says she was hired despite the fact that she failed to meet the minimum educational requirements for the referenced position.

This period it says is required to evaluate a new employee’s performance and suitability for the position for which they were hired.

The Director of Investigation concludes that there were wanton breaches of the established Recruitment Process Policy.

The report also says the Employment Policy undermined Petrojam Limited’s recruitment process and resulted in the employment of unqualified persons in sensitive and specialized posts.

Meanwhile, when our news centre contacted the embattled former Energy Minister, Dr Andrew Wheatley, for a response in relation to the damning findings of the Integrity Commission report, he said he hasn’t seen the document as yet.