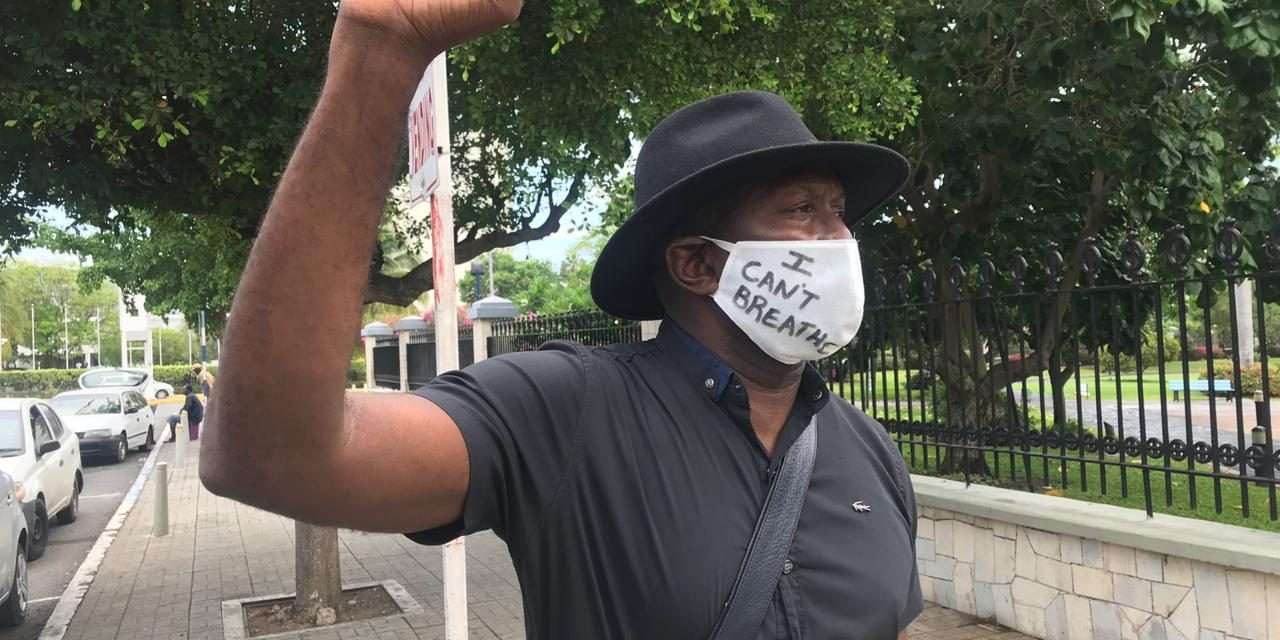 Some Jamaicans have added their voice to the social unrest in the United States, following the death of an African-American man, George Floyd, in police custody.

In light of yesterday’s #BlackOutTuesday movement, Chief Executive Officer of the Black Phoenix Diaspora Foundation, Edwin Bruce and members of his team gathered at Emancipation Park to show their support.

Members of the group were outfitted in black, with raised fists, wearing masks with the handwritten words – “I Can’t Breathe”.

Bruce says the actions taken by his team are because he believes equality and freedom are the rights of the black community.

George Floyd died in police custody after a white Minneapolis police officer knelt in his neck for 8 minutes and 46 seconds, according to police reports.

Floyd’s death has sparked peaceful protests in several US states.

Former boxer Floyd Mayweather has offered to pay for his memorials which are expected to take place in Minneapolis, Houston and North Carolina over a six day period.

The Minneapolis Memorial will be held on Thursday June 4, between 1pm and 3pm.