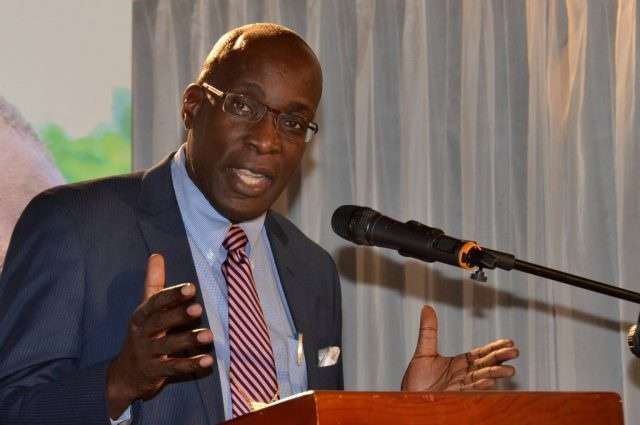 The Board of Jamaica College remains mum on the details of the agreement which led to the resignation of its former Principal, Ruel Reid.

Reid, who is before the Courts on corruption and fraud charges, resigned as principal of the school at the weekend.

It’s understood that a multi-million-dollar agreement was signed with stakeholders to pave the way for Reid to step aside.

In a joint media release issued by the Board of Jamaica College and Mr. Reid, it was noted that both parties felt the agreement was in the best interest of all involved.

The statement noted that the agreement would allow the school to focus exclusively on its mandate.

When contacted yesterday for a comment on the specifics of what’s being described as a “golden handshake”, this was the response of the chairman of the JC Board, Michael Bernard.

The chairman of the Jamaica College Board has refuted as grossly incorrect, untrue and misleading media reports that Reid has received a settlement in the region of 100 million dollars.

Nationwide News sources indicate that while the figure may not be exactly 100 million, the settlement was substantive.

It’s understood the agreement is covered by a non-disclosure agreement.

Wayne Robinson is expected to be formally appointed Principal of the school.