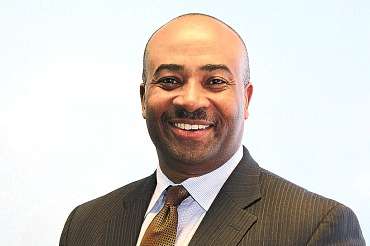 A Jamaican born Canadian Senator, who’s under investigation for workplace sexual harassment, is facing a new allegation that he had a sexual relationship with a teenager during the past two years.

The man, Don Meredith has been a Senator since 2010.

The 50 year old is also a Pentecostal Pastor with the Praise Centre in Toronto.

But as we hear in this report from Cecil Thoms, Meredith’s career looks to be over, after lurid details of his sex life were splashed across newspaper pages in Canada.

Don Meredith was a star.

He created history in December 2010, becoming the first Jamaican to be appointed to the Canadian Senate.

Meredith was a respected figure in the Conservative Party and was touted as a star for the future by Canadian Prime Minister, Stephen Harper.

But after the Toronto Star published sexual allegations against Meredith, Harper’s office issued a statement, saying Meredith had been kicked out of the Senate.

The first investigation against Meredith, concerns allegations that he had sexually harassed, bullied and verbally abused his staff.

Since February this year the Canadian Senate Office has opened a probe, due in part to the high staff turnover at Meredith’s office.

But if those allegations were potentially bad, then the details of the second allegation against Meredith have already proved damaging.

The Toronto Star has interviewed an 18 year old woman who shared details of her sexual relationship with Meredith, which began when she was 16 years old.

Meredith is married, with one daughter.

The woman says she met Meredith at 16, when she attended a church event in Ottawa in 2013.

She says their relationship began with sexually explicit chats over Skype and Viber in which Meredith asked her to remove her top and underwear and then touch herself.

The woman says she obeyed.

The woman says this kind of interaction happened when Meredith was in hotel rooms on Canadian Senate business.

She says they first had sexual intercourse in February this year, after two years of touching and texting.

The newspaper article includes images of messages sent between Meredith and the woman.

In Canada, the age of consent for sexual relations is 16.

However, the age of consent is 18 if there is a relationship of authority, trust or dependency.

The woman says she has decided to tell her story, in light of the first sexual harassment investigation against Meredith.

She says she felt it important to add her voice to the discussion as there’s a possibility that given Meredith’s status, people would not want to believe the claims of his accusers.

Following the reports on the sexual harassment investigation, Meredith, his wife and their daughter took to social media to counter any allegations that he has done anything wrong.

Meredith has failed to respond to detailed sets of questions sent to him by the Toronto Star about his two year relationship with the now 18 year old.

He also hung up the phone on a reporter who called to question him about the allegations.