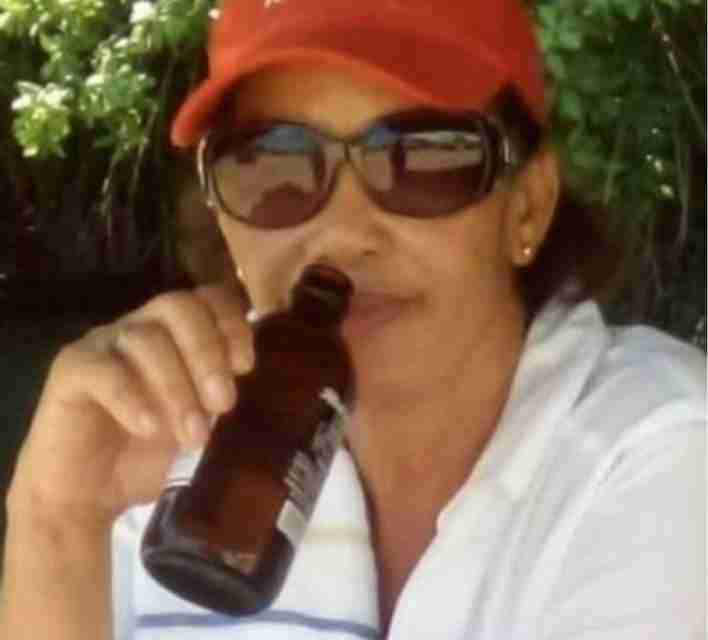 There are two developments this afternoon in the Karen Cross Dayton Campbell child sex allegations scandal.

Miss Cross has been summoned by the party’s disciplinary committee to answer to charges of bringing the organisation into disrepute.

This was revealed in a letter dated June 9, a copy of which has been obtained by Nationwide News.

Ms. Cross has accused PNP General Secretary, Dr. Dayton Campbell, of having sex with minors for which he has brought a defamation suit against her.

The disciplinary committee says Ms. Cross is required to attend a hearing which will be scheduled for next week Monday or Wednesday.

And in a fierce response this afternoon, Ms. Cross rejected the disciplinary committee’s letter and demands as a sham and a kangaroo court.

We have two reports on the developments. Chevon Campbell has the first report on the demands of the PNP’s Disciplinary Committee.

The letter says the Internal Affairs Committee of the People’s National Party has referred to the disciplinary committee, complaints against Ms. Cross that she has engaged in conduct which has brought the party into disrepute.

The letter cites several traditional and social media posts between October of 2020 and April of 2021.

These include the posts in which Ms. Cross calls the party’s general secretary, Dr. Dayton Campbell a serial child molester.

Dr. Campbell has strongly denied the allegations and brought Ms. Cross to court for defamation.

The police have also been unable to substantiate the allegations brought by Ms. Cross.

The letter also sites another post in which Cross, speaking in a Facebook live video, warned that she’s prepared to destroy the party.

The disciplinary committee’s letter says the PNP is committed to maintaining a strong political organisation based on disciplined participatory democracy where its members are held accountable to the ideals of the movement.

The letter says as such misconduct will not be tolerated.

The letter says comrades who are seen to besmirch or otherwise attack, libel or defame other comrades will be dealt with appropriately.

Ms. Cross has been called upon to attend a hearing before the committee scheduled for June 21 or June 30, at the Party’s Headquarters on Old Hope Road, in St. Andrew.

The disciplinary panel will be chaired by Stacey Knight.

Also sitting on the panel will be PNP members, Colin Hitchman and Zuleika Jess.

Subject to the party’s constitution, Ms. Cross has the right to object to any one member of the panel, and that individual will be replaced by one of the two remaining members of the disciplinary committee.

If found guilty by the panel, Ms. Cross faces possible suspension, expulsion, imposition of a fine and or disqualification from holding office in the party or representing the PNP.

If either expelled or suspended she also has the right to appeal the decision at the next session of the PNP’s annual conference.

Ms. Cross has been given until June 16 to respond.

Meanwhile, Ms. Cross in a response, is demanding that PNP General Secretary, Dr. Dayton Campbell, be made to answer the allegations she laid against him in front of the party’s disciplinary committee.

The letter dated June 15, a copy of which has been obtained by Nationwide News, is addressed to the PNP’s disciplinary committee chairman, Stacy Knight.

Karen Cross is hitting back hard. She’s been unrelenting in her attacks. Her response on Tuesday is another example that she’s been prepared to fight to the end.

Ms. Cross says if indeed the PNP disciplinary committee doesn’t see the need to have the same process for Dr. Campbell, in the name of transparency, fairness and justice, then she’s left to assume that they’ve already made a judgment that she is lying.

This, she says, would mean that they’ve no reason to meet.

Ms. Cross says what she has received is far from being a letter. She has likened it to a lawsuit or an outline of a case in criminal court.

She says it’s her impression that the PNP’s disciplinary committee is not a court of law, but an internal mechanism embedded in the constitution to allow the party to exert discipline within its political ranks.

Cross says she doesn’t believe the document was written by Ms. Knight, but was instead crafted by the party’s legal advisor.

She says it reads like an ad-hoc attempt to make the matter into a court-like trial instead of an internal hearing.

Ms. Cross says she’s also concerned that the letter was addressed to her through the party’s Office of the General Secretary and not the party chairman.

The PNP activist says she views this as a violation of party protocols and her rights to a fair hearing, free from any taint from the office of the very person she has accused of wrongdoing.

Ms. Cross describes the letter as preposterous and misguided in light of the fact that the disciplinary committee has no evidence on either side of the coin to back up the argument that she defamed or libeled Dr. Campbell.

She also says by including those things, the hearing can easily be construed to be a sham, and a kangaroo court.

Ms. Cross says there are two of them, and that “she” accused Dr. Campbell.

She says it’s fair to assume that the committee would want to hear from him as well.

She goes on to say that while this may be limited in the mind of Ms. Knight as an internal matter, the Jamaican public and particularly the voting citizenry has a vested interest in how it is conducted.

This is because the abuse of the nation’s children and women is now a national crisis.

Ms. Cross says the disciplinary committee in this regard doesn’t get to pick a side.

She says the committee should not only require having her at a hearing, but should also summon Dr. Campbell for a separate hearing.

She says for the sanctity and moral obligation of the party that should not even be a debate.

Ms. Cross in her letter to the committee says she stands by her allegations as the full, whole truth, and nothing but the truth.