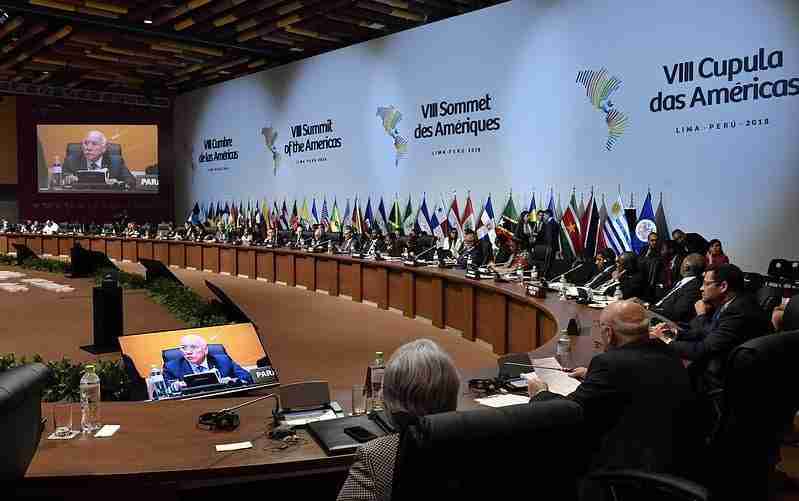 There’s controversy surrounding the upcoming Summit of the Americas, as some major Latin American heads have signalled they will not be in attendance.

This as news emerged that the Presidents of Venezuela, Nicaragua and Cuba are unlikely to be invited.

The summit is to be held in the United States next month.

At least one CARICOM leader, Prime Minister of Antigua and Barbuda, Gaston Browne, has pledged to boycott the summit if the leaders are not invited.

Robian Williams has this report.

That’s how Foreign Affairs and Foreign Trade Minister, Senator Kamina Johnson Smith has described the controversy surrounding the Ninth Summit of the Americas.

Senator Johnson Smith says it’s a shame that the focus of the summit has been overshadowed by political considerations.

She says there are major issues on the agenda which require serious consideration.

The White House has maintained that it has not yet sent out invitations for the summit, but speculation is rising that the Opposition Leader of Venezuela Juan Guaidó will be in attendance.

Senator Smith says she’s aware of the discourse and reiterates that Jamaica has not recognized Guaidó as the interim President of Venezuela.

The United States government has moved to ease economic sanctions on Venezuela in a bid to encourage negotiations.