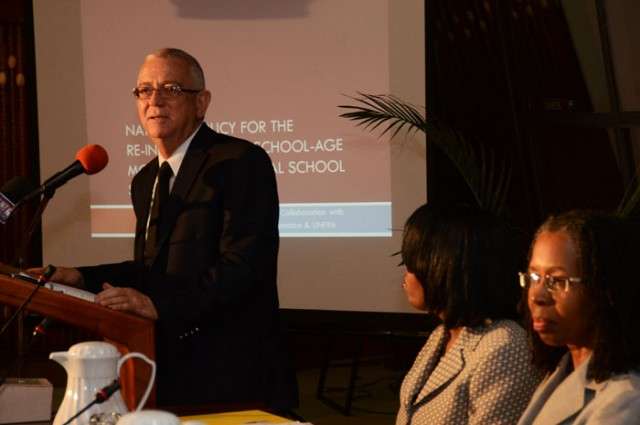 Education Minister, Ronald Thwaites is again urging schools to allow students to graduate in their uniforms.

This as parents make their annual complaints about the high cost of graduations.

Speaking on Nationwide This Morning, Minister Thwaites says he does not want to have to force schools to comply.

The Education Minister is stressing parents, students and schools should focus on the priorities as they head into graduation season.

The costs can add up, even at the primary school level.

Minister Thwaites is citing the example of a mother in his constituency who visited him just yesterday for assistance.

The parent, who called our news centre, says the school has now refunded her payments for the graduation and ball because she has not paid the school’s annual contribution of 3-thousand 5-hundred dollars.

As Minister Thwaites noted, schools are not allowed to collect a fee, so many simply refer to it as a contribution.

That parent has now had to explain to her son why he will not be allowed, like his friends, to march up and collect his certificate at graduation.

Despite examples like these, Minister Thwaites says there’s little the Ministry can do to force compliance, other than urge schools to apply good sense.