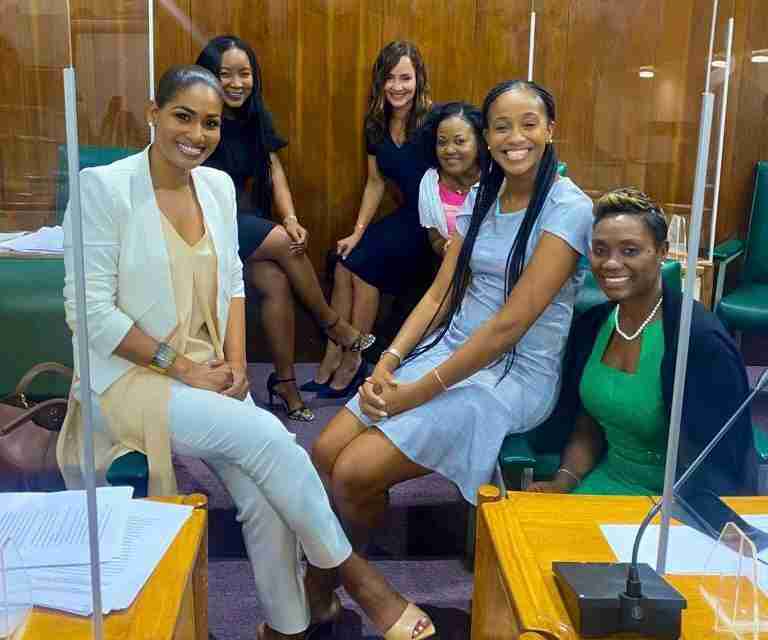 Support continues to come in for Member of Parliament for Central Manchester, Rhoda Moy Crawford.

Ms. Hanna took to social media on Tuesday saying she stands in solidarity with Miss Crawford.

Writing on Twitter, the senior parliamentarian took her party colleagues to task for what she says were utterances which seek to stifle women.

Miss Hanna says the utterances against Ms. Crawford are unfounded.

She says, only last week parliamentarians stood together to convey, that despite party differences much could be achieved by looking at the bigger picture.

Miss Hanna is calling on women to continue to fearlessly shatter glass ceilings.

She says in so doing women can disprove misconceptions and reform prejudices which have stifled their progress for centuries.

Miss Hanna’s tweets are being praised by social media users as refreshing amid the often tribal political atmosphere.

The party’s Women’s Movement blasted the men saying their comments have no place in a conversation on leadership.

In a media release, on Monday the PNP Women’s Movement President, Patricia Duncan Sutherland, says as a society we must learn to criticize the work of women without questioning their worth.

And MP for Eastern Portland, Ann-Marie Vaz, is also coming to the defense of MP Crawford.

Mrs. Vaz says as a woman in a male dominated field, she’s always asked why she works so hard.

The second term MP says the answer to that is simple. She says the deck has only four queens, four jacks, four kings and most times two jokers.

Her comments come following the attack on Ms. Crawford by Ian Hayles and Richard Azan.

Mrs. Vaz says she stands with Miss Crawford. She urged her to keep working hard.

Mrs. Vaz says the journey may be hard and painful, but the Central Manchester MP will never walk alone.

JLP’s National Organisation of Women and its youth affiliate Young Jamaica have also condemned the comments.