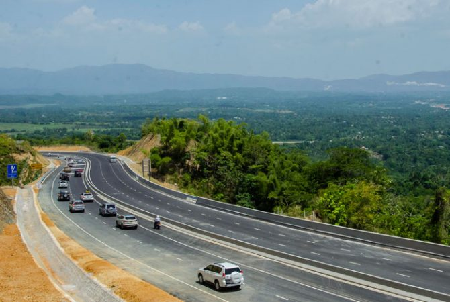 Some local sub-contractors of the China Harbour Engineering Company, CHEC, say the contracts they’ve received to execute the project has them at a disadvantage when compared to their Chinese counterparts.

Their claims come amid complaints from scores of residents who’re battling with issues ranging from dust nuisance and the continued wear and tear on their vehicles due to the ongoing road works.

Some have argued that the sub-contractors are not working fast enough.

However, the contractors are maintaining they’re being hampered by issues with CHEC.

Courtney Shaw of YP Seaton and Associate Contractor told our news centre CHEC’s contract is different from the sub-contractors.

He noted that sub-contractors are forced to use more expensive work material while CHEC is given a cost-effective option.

In the meantime, Keon Hines of NF Barnes Construction also agreed with Mr. Shaw that sub-contractors are subjected to rules that differ from that of CHEC.

Both men were speaking on Nationwide at Five last evening with Rodney Campbell and Sayeed Bernard.