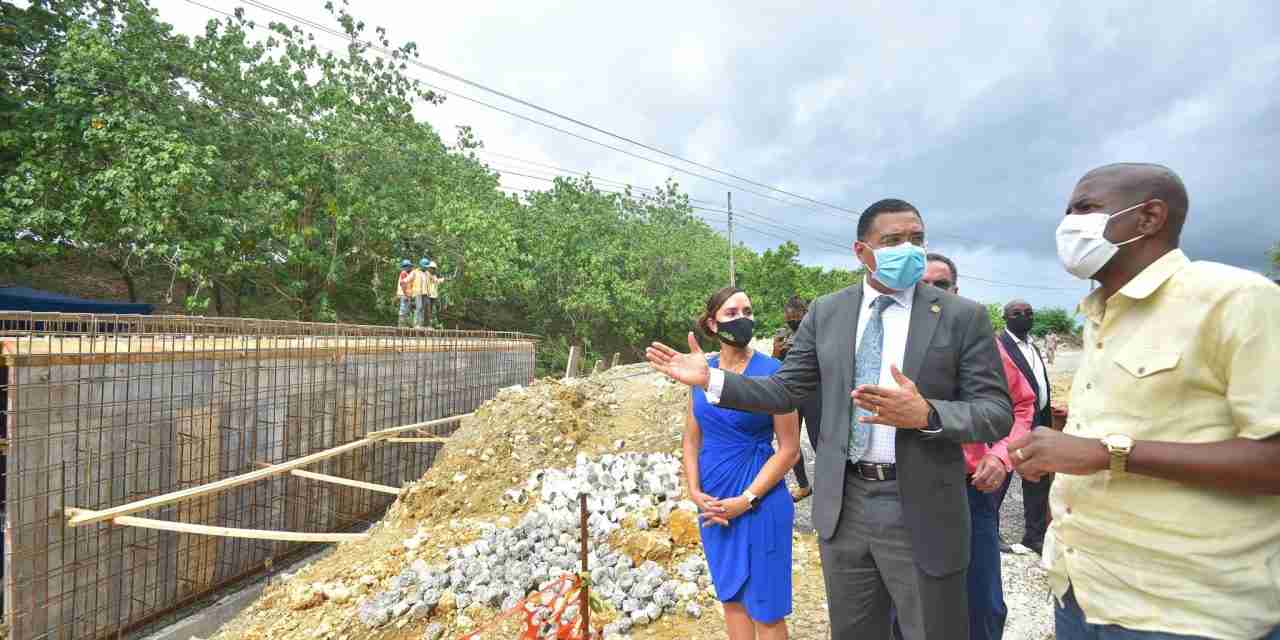 Local sub-contractors working on the Southern Coastal Highway Project are reportedly satisfied with the outcome of yesterday’s meeting with Prime Minister Andrew Holness.

The meeting was called by the Prime Minister amid deepening tensions between the local sub-contractors, China Harbour Engineering Company, CHEC and the National Works Agency, NWA.

It follows a series of reports by Nationwide News exposing the problems bedevilling the multi-billion dollar highway improvement project.

Ricardo Brooks has been tracking the story and files this report.

The Prime Minister summoned the sub-contractors, the NWA and his Works Minister, Everald Warmington, to the meeting amid a host of problems being faced along the 140-kilometre stretch of highway.

The 59-billion dollar project will run from Harbour View in East Rural St. Andrew to Port Antonio in East Portland.

Residents along the roadway have complained bitterly of numerous inconveniences as a result of the delays in the project.

Nationwide News sources say all 10 local sub contractors were present and each directly briefed the Prime Minister on the challenges being faced in executing the project.

Among the major challenges are allegedly slow project approvals by the NWA Consultant, the slow pace of land acquisition, and facing difficulty with being compensated for the extended contractual period.

The locals say the current contract places them at a significant disadvantage when compared to CHEC.

The Prime Minister reportedly quizzed the NWA bosses on the concerns being raised, but the responses offered were not sufficient.

The local sub-contractors are reportedly happy with the Prime Minister’s management of the meeting.

According to a source with knowledge of the meeting, Mr. Holness appeared sympathetic to the issues raised by the locals.

The sub-contractors reportedly agreed to hold off on further public comment to allow the Prime Minister time to consult further with China Harbour Engineering Company and its consultants.

It’s understood that following those consultations, the Prime Minister will make known his position on the matter.

Repeated efforts to get a comment from the CEO of the NWA, E.G. Hunter have been futile.

CHEC has also refused to comment on the matter.