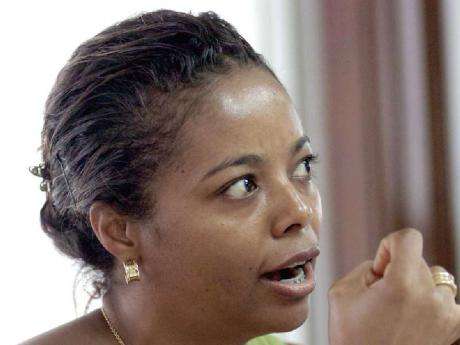 Opposition Senator Marlene Malahoo Forte, was almost suspended from today’s sitting of the Upper House, after refusing to conform with a ruling made by Senate President, Floyd Morris.

This as she made her contribution to the debate regarding the entrenchment of the Caribbean Court of Justice as Jamaica’s final appellate court.

Senator Malahoo Forte after saying the Government’s attempt to get the CCJ Bills passed represented a “mockery of the constitutional scheme.”

The Opposition Senator was instructed by the Senate President to withdraw the remark.

With government members up in arms over the use of the term mockery and Senator Malahoo Forte’s stubborn refusal to withdraw the remark, the proceedings were suspended for the Senate President to consult the standing orders.

Government Senator KD Knight volunteered information from the standing orders about how the matter should be dealt with.

As per Senator Knight’s guidance, the Senate President, placed the matter of the suspension of Mrs. Malahoo Forte, in the hands of Minister Golding.