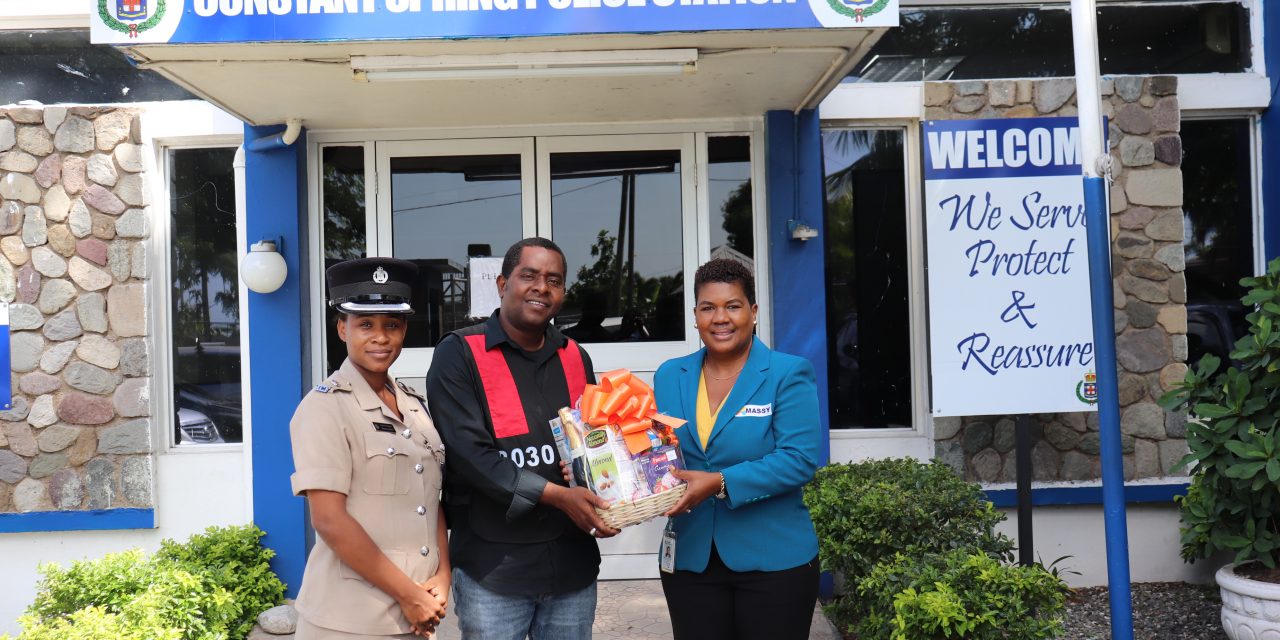 Two members of the Jamaica Constabulary Force, JCF, are being commended by one of Jamaica’s largest private sector company’s following the robbery of one of their employees.

Massy Distribution Jamaica says it presented the two detectives assigned to the Constant Spring Police Criminal Investigation Branch, with tokens of appreciation for going above the call of duty.

In a statement Massy says one of their employees was recently robbed at knife-point by men on a motorcycle in the Kingston 19 area.

The Massy employee reported the incident to the Constant Spring Police, following which an investigation was launched.

Reports indicate that two people have been held by the police in relation to the robbery.

Despite the investigation still on going, Massy says the members of the constabulary, Investigating officers, Detective Constable Daley supervised by Detective Corporal. O. Stewart, showed extraordinary compassion and kindness by assisting their employee safely to their offices.

Assistant Vice President, Massy Distribution Jamaica, Mervelyn Doughorty, says she was moved by the actions of the police.

“Our entire team is grateful to these officers for the professional and empathetic way they handled this case involving one of our valued team members,” said Mrs Doughorty.

“While they were not present at the time of the robbery, their response was meaningful and helped our team member to feel supported and safe,” she added.

Despite a general decline in reports of robberies in the St Andrew North Police Division so far in 2022, nationally, robberies are up by 17% up to September 17 this year, when compared to last year.