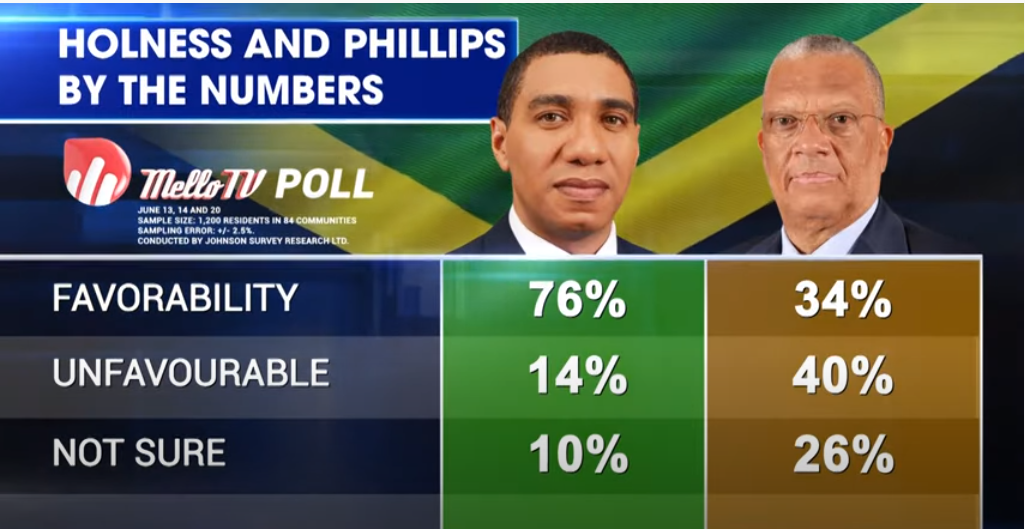 12-percent of those polled disapproved of the Prime Minister’s performance, while 41-percent disapprove of the performance of the Opposition Leader.

Mr. Johnson says the findings are also dismal for Dr. Phillips when the issue of favourability rating was put to the Jamaican people

Mr. Johnson gave more details of the findings of his poll which was conducted in June.

He says the poll found that Prime Minister Holness has significant support among people who voted for the PNP in 2016.

Mr. Johnson says the numbers do not augur well for Dr. Phillips and the Opposition PNP.

Meanwhile, noted pollster, Don Anderson, says corruption and scandals have not impacted local voting patterns much over the years.

And, he maintains that there isn’t any indication that the issue of corruption will be a deciding factor in the country’s next General Election.

Meanwhile, Political Commentator and Trade Unionist, Helene Davis-Whyte, says it’s generally accepted in the population that corruption is something both the JLP and the PNP are involved in.

Meanwhile, Mrs Davis-Whyte says voter apathy can have an impact on the outcome of the next General Election.

They were speaking last evening on Nationwide @ 5 with Cliff Hughes and Tyrone Reid.