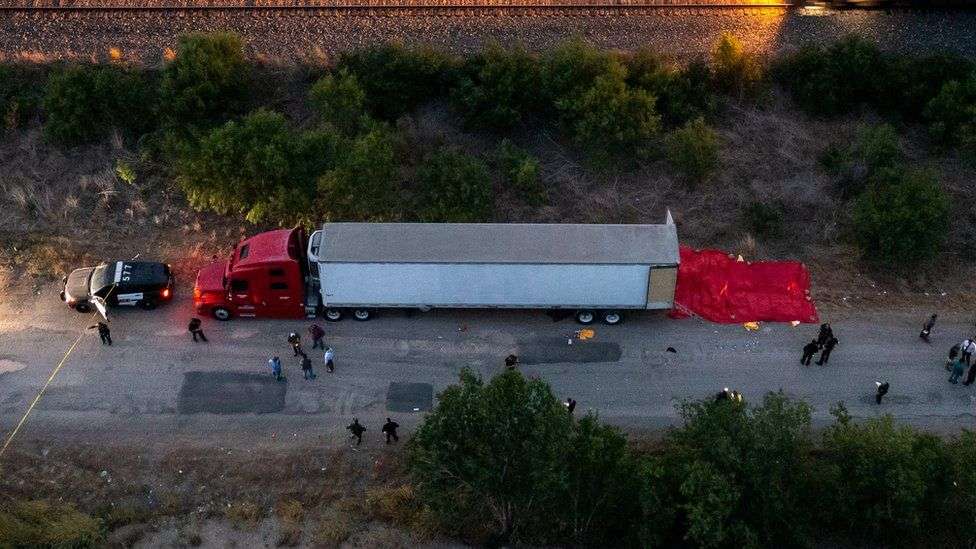 “Poverty and desperation” led to the deaths of at least 50 migrants abandoned in a Texas lorry.

Mexico’s president Andres Manuel Lopez Obrador blamed trafficking and “a lack of control” at the border for the worst case of migrant deaths due to smuggling in the US.

Nearly two dozen Mexicans, seven Guatemalans and two Hondurans were among the dead.

Those found alive, including four children, were taken to hospital.

The survivors were “hot to the touch” and suffering from heat stroke and heat exhaustion.

Authorities are working to confirm the nationalities of remaining victims.

Speaking at his daily briefing, Mr Lopez Obrador, popularly known as Amlo, called the discovery a “tremendous tragedy”, and said Mexico would work to repatriate the remains of its citizens.

The White House called the truck deaths “horrific and heart-breaking”.

The migrants were found on the outskirts of the city of San Antonio, which is 250km (155 miles) from the US-Mexico border, is a major transit route for people smugglers.

Human traffickers often use trucks to transport undocumented migrants after meeting them in remote areas once they have managed to cross into the United States.