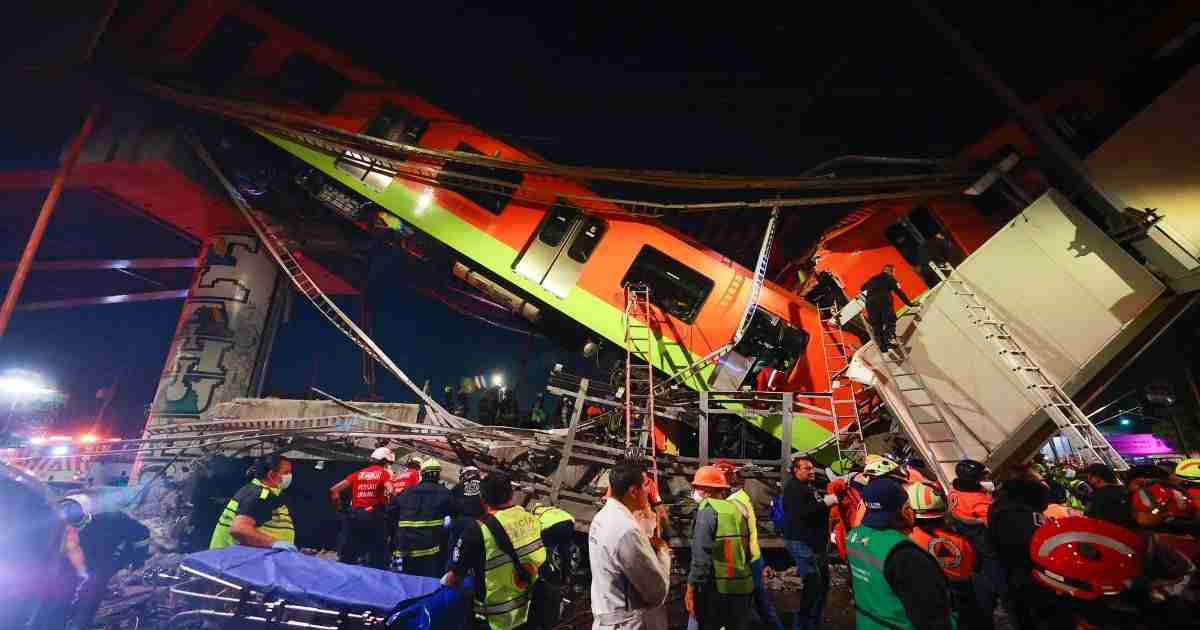 At least 23 people have been killed and dozens injured after a metro overpass collapsed in Mexico City while a train was travelling on it.

Several train carriages plunged to the ground, crushing at least one car, which was on a busy road underneath.

Children are among the dead.

Rescue workers and firefighters are still searching for survivors.

Dramatic footage has emerged showing the overpass collapsing at the Olivos station on the metro’s Line 12.

Mexico City Mayor Claudia Sheinbaum [SHANE-BAUM] said the cause of the accident was still being investigated, but it appeared a girder had given way on the overpass.

One person trapped in a car underneath the collapsed structure had been pulled out alive and taken to hospital, she said.

At least 65 people were injured, and seven were in a serious condition.

According to local media, residents had reported cracks in the structure after a deadly 2017 earthquake.