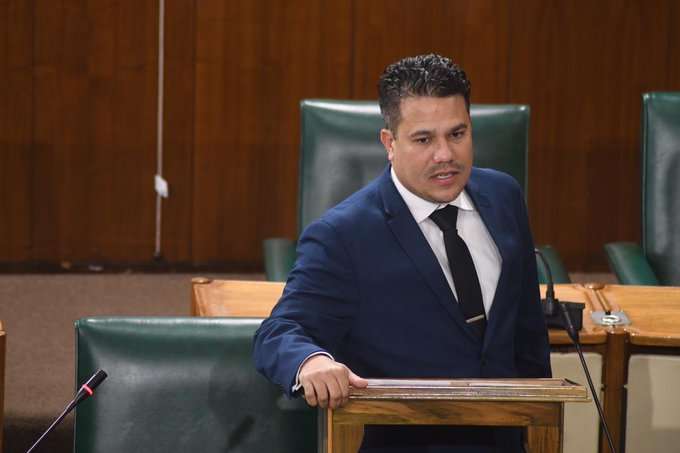 Cabinet Minister, Senator Matthew Samuda, says he’ll be ordering an audit into the operations of the Department of Correctional Services and its interaction with the court system.

Senator Samuda is Minister without portfolio in the National Security Ministry.

He was responding today to a disclosure by INDECOM that a murder accused, Noel Chambers, died recently after being in custody for 40-years.

Chambers has never been tried.

INDECOM disclosed yesterday that Mr. Chambers was never brought before the Court despite being deemed fit to enter a plea following his arrest and charge for murder in February 1980.

The Commission also revealed that Mr. Chambers was severely emaciated and afflicted by disease when he died in January this year at age 81.

Minister Samuda says he’s called the Commissioner of Corrections to a meeting to discuss the way forward.

He says the INDECOM report will be thoroughly reviewed.

Minister Samuda was addressing a ceremony today to mark the handing over of a multi purpose educational area at the South Camp Juvenile Correctional Remand Center in the Corporate Area.

Justice Minister, Delroy Chuck, says he’ll be having a discussion with Chief Justice Bryan Sykes about the process that governs criminal accused who’re deemed unfit to enter a plea to ensure they are brought back to court if they’re deemed fit to plea.

Minister Chuck says what has transpired with Mr. Chambers is tragic.

He also describes as entirely inappropriate, the practice of locking up persons deemed unfit to plea in prisons.

AND … Director of Public Prosecutions, DPP Paula Llewelyn, says the law provides a key role for the Commissioner of Corrections, to monitor persons in custody who are deemed unfit to plea.

DPP Llewelyn says the law also provides for court administrators to implement the monitoring of inmates unfit to plead.

The DPP says if the Commissioner of Corrections does not fulfill his or her responsibility, the law makes room for the Registrar of the Supreme Court to take action.

The DPP was speaking earlier today on Cliff Hughes Online.

Calls placed this afternoon to Commissioner of Corrections, Gary Rowe, were not answered.