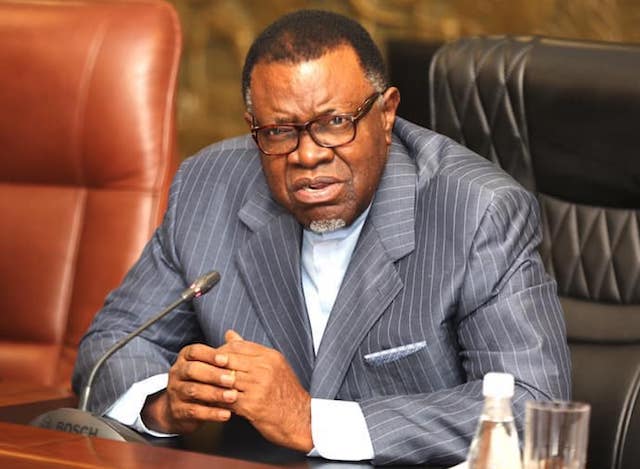 The State visit of the Namibian President to Jamaica has been cancelled.

That’s according to a release from the Jamaica Information Service, JIS.

The President was due to arrive in Jamaica on Thursday August 4 for the Jamaica 60 Diamond Jubilee independence celebrations.

The reason for the cancellation of the 4-day working visit is unknown.

But in a news report by the Namibian, it reported that the Namibia Local Business Association, Naloba, had called on president Hage Geingob and ministers to halt international trips, in order to save money, and rather do everything in their power to avoid a civil servant strike.

The Namibian is the largest daily newspaper in Namibia. It is published in English and Oshiwambo.

In its report, the newspaper says the Naloba also suggested that the cash-strapped government give 10 per cent of tax revenue collected from civil servants back to them to stave off the industrial action.

According to the Namibian, the State House also said yesterday that the trips to both Jamaica and Cuba had been cancelled “to deal with the strike”.

Geingob and a delegation, which includes first lady Monica Geingos were expected to travel to Jamaica on Thursday August 4 and remain in the island until August 8.

It was also anticipated that the President would address a special sitting of Parliament.

The visit would’ve also marked 60 years of diplomatic relations between Jamaica and Namibia.