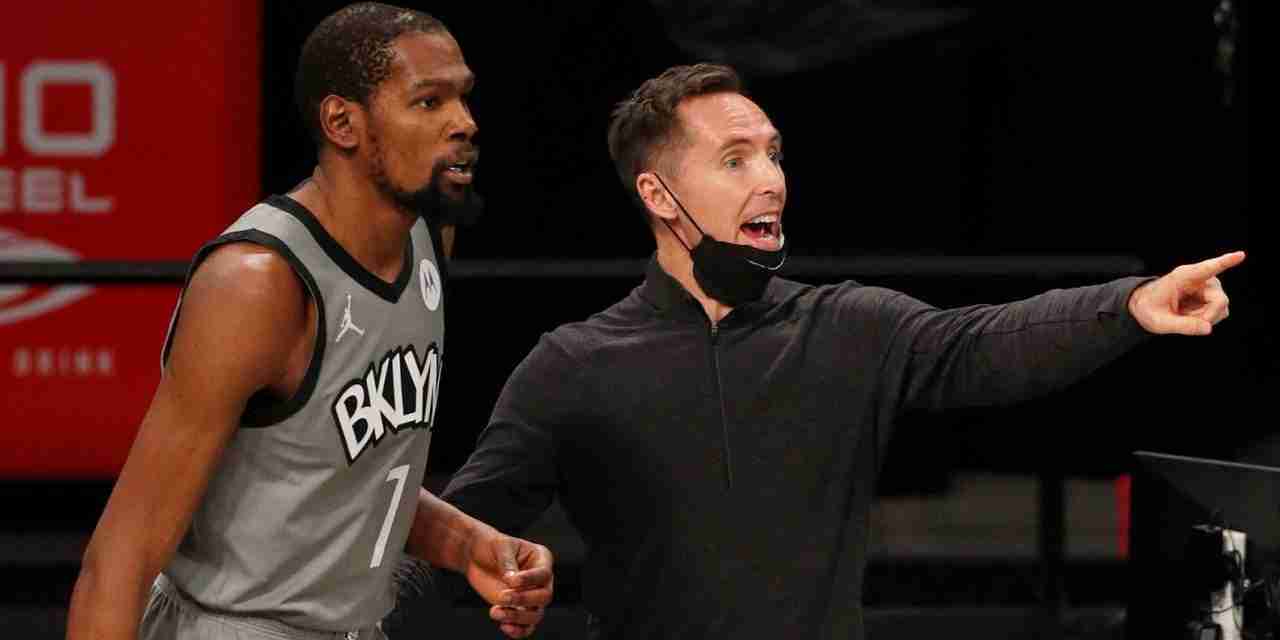 Head coach of the Brooklyn Nets, Steve Nash, says they must find a way to manage the game time of forward Kevin Durant despite them being depleted by Covid.

The 33-year-old has suffered with injuries in recent seasons, but Brooklyn only had nine players available because of the NBA’s health and safety protocols.

Stricter coronavirus protocols will be introduced over the Christmas and New Year period after the NBA and its players agreed the measures in response to rising virus numbers in North America.

Testing will be increased from December 26 to January 8.

Masks must be worn again in the majority of team activities – including travel, when on the bench during games, in meetings and the locker room, weight room and training room settings.

The only exceptions will be when playing on-court and for head coaches during games.

The reintroduction of the protocols comes as the NBA has seen a surge of positive cases, with Covid-19 outbreaks among the Nets, Charlotte Hornets, Chicago Bulls, Los Angeles Lakers and Sacramento Kings.

The Nets played their second straight game with a depleted squad as seven players, including shooting guard James Harden, are sidelined by the league’s Covid-19 protocols.

The Bulls have been forced to postpone two games this week because 10 players were unable to take part.

Lakers guard Russell Westbrook and Milwaukee Bucks’ Giannis Antetokounmpo – who, like Harden, have both been named as the league’s most valuable player in recent seasons – are other big-name stars out of action as they follow protocols.

In Thursday’s other games, the Detroit Pistons suffered their 13th consecutive loss as they were beaten 122-113 by the Indiana Pacers.

Caris LeVert scored a season-high 31 points and added five assists for the Pacers, leaving the Pistons one loss away from tying the franchise record for consecutive defeats in a single season, which was set in 1993-94.

The New York Knicks held off the Houston Rockets to win 116-103 in Texas, while the Phoenix Suns secured a 118-98 victory at the Washington Wizards.