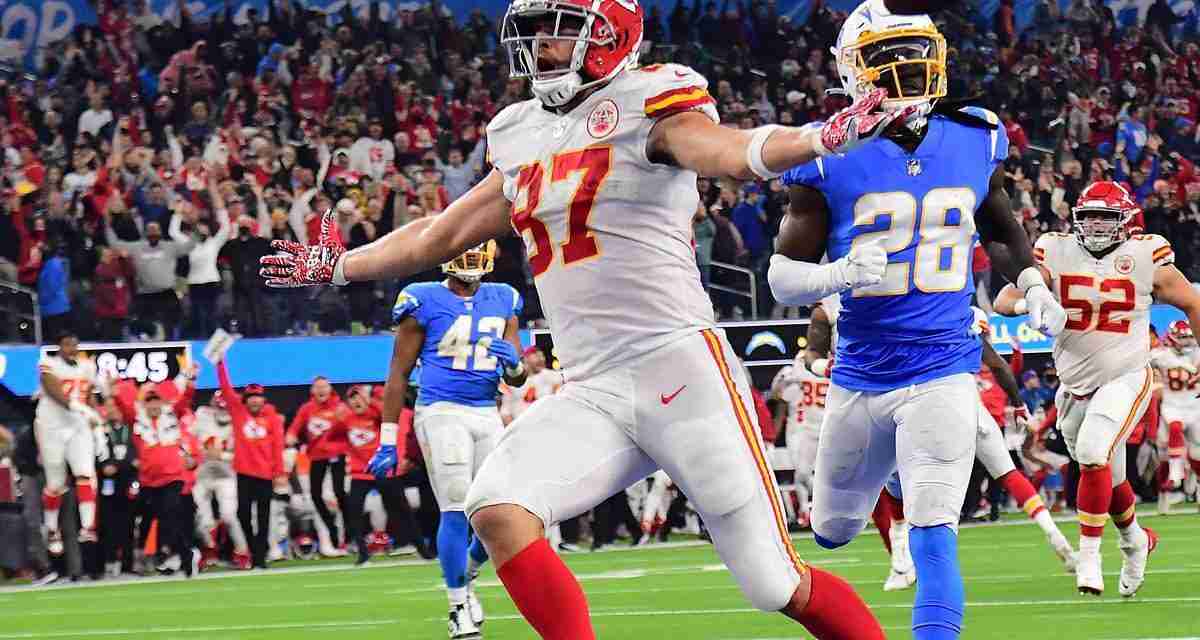 The teams both scored two fourth-quarter touchdowns, with a Chiefs’ two-point conversion taking it to overtime. Kelce recorded a career-best 191 yards and two touchdowns on 10 receptions.

The Chiefs are the first team in the AFC to reach 10 wins for the season and now lead the AFC West by two games from the Chargers, who fall to 8-6.

The game was played at SoFi Stadium in California, which will stage Super Bowl 56 in February with the Chiefs aiming to reach the NFL showpiece for the third consecutive year.

Meanwhile, Chargers tight end Donald Parham Junior was in a stable condition in hospital after falling on his head trying to score a touchdown in the first quarter.

It was billed in advance as a contest between Chiefs quarterback Patrick Mahomes and Chargers counterpart Justin Herbert, who was named the AFC player of the week for each of his previous two games.

Mahomes finished with 31 of 47 completions for 410 yards, with three touchdowns and one pick, while Herbert threw for 236 yards, going 22 of 38 with two touchdowns.