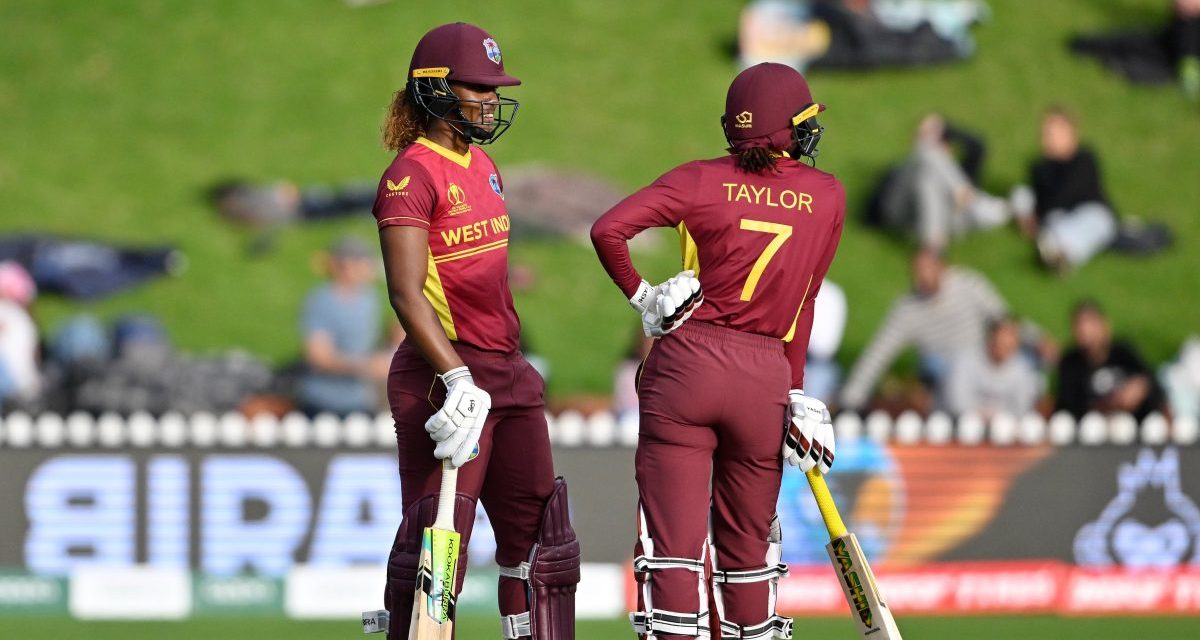 New Zealand women took an unassailable 2-0 lead in their three match ODI series against the West Indies, after a narrow two wicket win in today’s game at the Sir Vivian Richards Stadium.

Captain Hayley Matthews made a patient 46 from 82 balls as West Indies Women posted a moderate 169 for 9 from their 50 overs. Matthews was supported by Chinelle Henry who made 30, as the two shared a sixth wicket partnership of 47. No other batter go past 20.

In reply, New Zealand were cruising to a comfortable victory at 163 for 4, when they lost four quick wickets to wobble to 167 for 8. They eventually got home with 59 deliveries to spare.

Maddy Green top scored for the Kiwis with 48, she was supported by Lauren Down 33 and Brooke Halliday 24.

Bowling for the Windies, Karishma Ramharack took 3 for 22 and Shakera Selman 2 for 30.

Game three is set for this Sunday at the same venue.