NNN/Bluedot Poll: Significant Majority of Jamaicans Believe the PNP Has Been a Weak and Ineffective Opposition 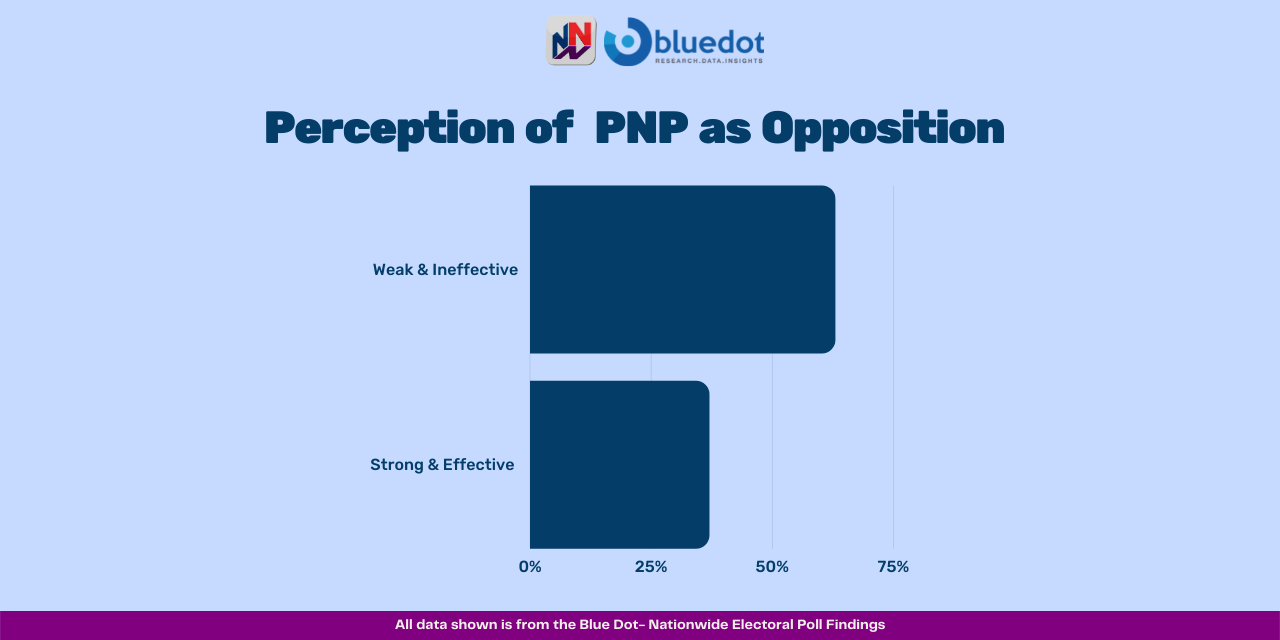 A big majority of Jamaicans believe the People’s National Party, PNP, has been a weak and ineffective opposition.

However, they believe there’s no one better suited at this time to lead the PNP than its current President, Mark Golding.

That’s one of the findings of the Nationwide Bluedot Poll conducted last month between August 14 and 30 among 15 hundred Jamaicans.

A whopping majority of 63-percent of Jamaicans believe the PNP is an ineffective and weak opposition. The Bluedot pollsters said outside of PNP supporters, the average Jamaican does not believe that the PNP is effective.

Thirty-four percent or, one in every three PNP supporters, believe the party is weak as against 44-percent who say it’s strong.

When asked, is there anyone better suited than Golding to lead, unify and rebuild the party, a solid majority of 58-percent said no.

When asked who do you believe would be better suited to lead, unify and rebuild the PNP, 17-percent named Miss Hanna.

Ten-percent chose Senator Damion Crawford. Hanna and Crawford were the only others named who scored double digits.

One in three people said they approve. However, 52-percent said they neither approve nor disapprove as they are not PNP supporters or don’t care.

The Bluedot poll was conducted across the island among Jamaicans 18-years-and-older.

It has a margin of error of 2.5 percent.