No Criminal Charges for D’Aguilar 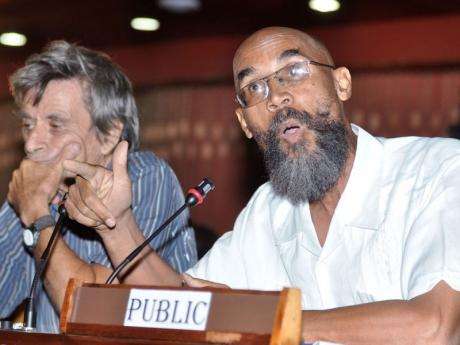 Director of Public Prosecutions, Paula Llewelyn, says there’s insufficient evidence to bring criminal charges against the Convenor of the Tivoli Committee, Lloyd D’Aguilar, for his role in preparing witness statements submitted to the West Kingston Commission of Enquiry on the behalf of some Tivoli residents.

That’s according to Chairman of the Enquiry, Sir David Simmons.

On September 18 this year, a woman, Minnette Lindsay, testified at the Enquiry that she saw a soldier shoot and kill a man of unsound mind.

The allegations were also contained in her witness statement.

But during cross-examination, Ms. Lindsay admitted she actually had not seen the soldier shoot the man.

She claimed D’Aguilar wrote the statement to make her appear as if she was an eyewitness.

D’Aguilar appeared on Nationwide This Morning the following day, to explain the discrepancies.

He referred to the statement of another witness, Kadean Clarke, who said she saw the shooting.

Clarke was scheduled to testify at the Enquiry the following week.

After being informed about D’Aguilar’s comments on radio, Sir David referred the matter to the DPP to determine whether a criminal offence had been committed.