Nomination Day: PM Says It’s Important to Get ELection Out of the Way 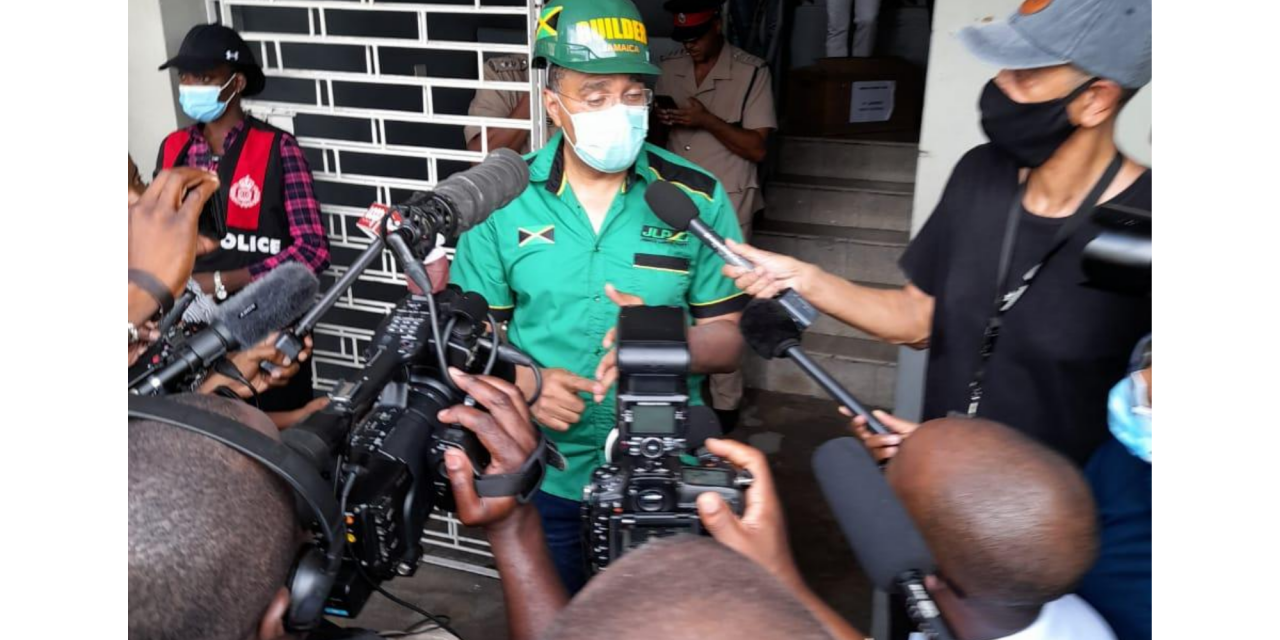 Prime Minister Andrew Holness was among more than 126 candidates across the country who were formally nominated today to contest the highly anticipated General Elections on September 3.

The Prime Minister says it’s important to get the election out of the way and return to managing several crucial issues facing the country.

At just after 1:00 this afternoon, the Prime Minister left his constituency office in Olympic Gardens in his West Central St. Andrew constituency. He’s represented the area in Parliament for 23-years.

He journeyed to the nomination centre – the New Testament Church on Waltham Park Road.

As he made his way scores of JLP supporters rang their bells and shouted their approval.

But due to COVID-19 pandemic restrictions it was not the usual mass gathering which has over the years characterized the Nomination Day activity of a Prime Minister.

Shortly after he completed his nomination, Prime Minister Holness told media personnel that the JLP’s campaign is fully focused on the issues facing the people.

The Prime Minister again underscored the importance of abiding by the COVID-19 protocols.

But, he noted that his administration cannot allow the economy to grind to a halt due to the anti-coronavirus restrictions.

He says the country is currently transitioning into the phase of learning to live with COVID-19, which requires careful management.

The Prime Minister was asked a range of questions by media personnel about the current General Election campaign.

Mr. Roberts was nominated today for the fifth time as the PNP candidate for West Central St. Andrew.

He was asked whether he thinks he’ll be able to win the constituency this time around despite being unsuccessful on four previous occasions.

Mr. Roberts said he agreed to contest the constituency again due to his loyalty to the PNP.

Roberts was asked about nearly 2-hundred PNP supporters who gathered outside the nomination center and danced in close proximity despite Covid-19 social distancing guidelines.

The PNP candidate for West Central St. Andrew insisted that steps were taken to have supporters abide by the Covid-19 protocols.