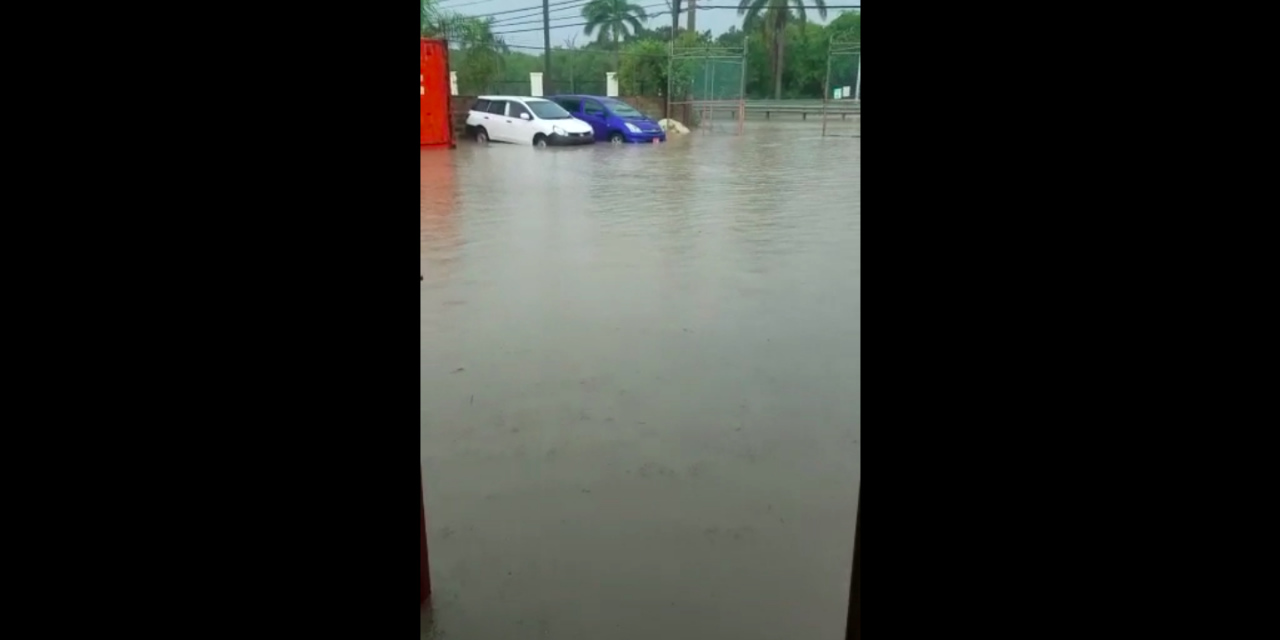 Following a 24-hour rainfall in Western Jamaica Sunday evening into Monday, widespread damage and flooding were recorded mostly in St. James and to a lesser extent, sections of Hanover.

Mr. Golding, who was on a tour of affected areas in St. James on Thursday, told reporters that with the rapid development of the second city, there is a need for proper planning and drainage.

He referred to the Unity Hall Main Road in the parish which was severely damaged by flood waters.

The opposition leader further argued that the country does not currently have the financial resources to waste unnecessarily.

During the tour, Mr. Golding visited the Ironshore Fire Station, Mount Alvernia High School, Ministry of Labour and Social Security and the community of Unity Hall, among others.

He questioned the quality of work being done on buildings to withstand severe weather conditions.