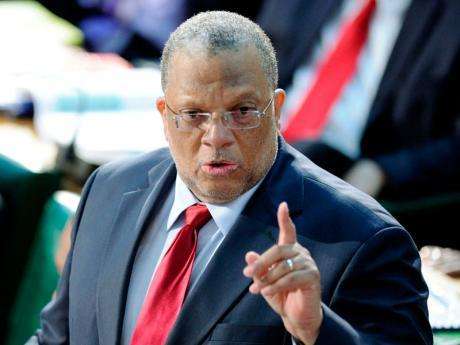 Dr. Phillips says the government is clearly at its wits end when it comes to crime after the declaration of yet another State of Public Emergency on Sunday.

Speaking at a media conference at the Office of the Leader of the Opposition, Dr. Phillips is once again calling for a unified approach to the problem.

Opposition Leader Dr. Peter Phillips says the Prime Minister in his own words has shown the current administration is not up to the crime fighting task.

Dr. Phillips says the recent murder of two policemen and the upsurge in crime and the repeated declaration of States of Public Emergency underscore the severity of the crisis.

He says something must be done urgently.

Dr. Phillips says dealing with crime cannot be an overnight fix but will require sustained commitment to tackle the problem.

He is again expressing the PNP’s readiness to join with all stakeholders to fight crime.

The Opposition Leader is calling for much needed police reform, a modern legislative framework and massive investment in social interventions.

He says the constant use of States of Public Emergency is outmoded and is contributing to the problem.

He says the country is witnessing many instances of abuse of citizens by the members of the security forces.

Mr. Bunting says it is clear the states of public emergency are not working.

He’s accusing the government of trying to divert attention away from this failure.