OUR Records Spike in Billing Complaints 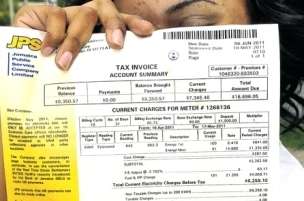 The Office of Utilities Regulation, OUR, is reporting a spike in the number of complaints about billing for the first quarter of 2016.

The information was published in the latest OUR Consumer Quarterly Performance Report, which was posted on their website this morning.

The OUR says billing issues were nearly half of all complaints, remaining the main reason for customers contacting it’s Consumer Affairs Unit.

These included complaints about adjustments that were applied to customers’ accounts, high consumption, disputed charges and estimated billing.

They’re followed by Flow at 15-percent and Digicel at two-percent.

Small water providers and non-utility contacts accounted for another two-percent.

Overall, the OUR received 699 new complaints during the quarter, a 17-percent decline over the previous quarter.