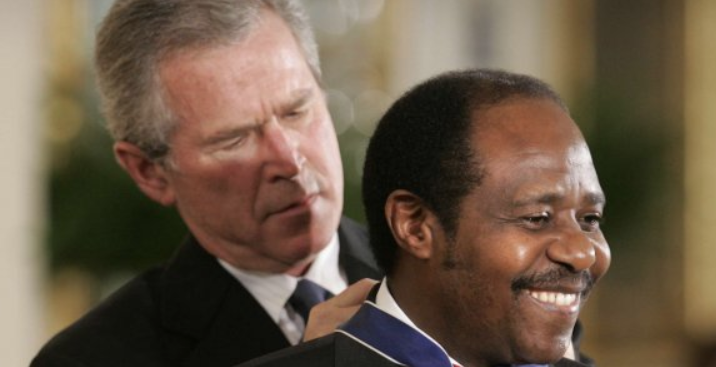 BBC: The man portrayed as a hero in a Hollywood movie about the Rwandan genocide has been charged with terrorism, murder, and other crimes.

Paul Rusesabagina declined to enter any pleas in court but his lawyers denied the charges against him.

Mr Rusesabagina is the leader of the opposition MRCD group which is said to have an armed wing, the FLN, which stages attacks on Rwanda.

He was brought to the court under heavy security in Rwanda’s capital, Kigali.

Mr Rusesabagina is a fierce critic of President Paul Kagame and had been living abroad.

An ethnic Hutu, he became well known after the 2004 film Hotel Rwanda depicted his efforts a decade earlier during the genocide to save hundreds of Tutsis at a hotel where he was a manager.

Paul Rusesabagina’s family allege the political exile was kidnapped in Dubai earlier this month and taken to Rwanda.