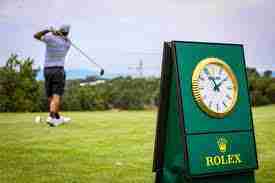 The PGA Tour has refused to release players who wish to take part in the Saudi-backed LIV Golf Invitational Series opener in England next month.

The Tour said players who take part at Centurion Golf Club from June 9 would be in violation of their regulations.

American Phil Mickelson and England’s Lee Westwood had requested a release from the PGA Tour to participate.

On Tuesday, Greg Norman told BBC Sport he had the finance to build the LIV Series for “decades” into the future.

In reacting to the PGA Tour’s decision to block the release of players, Norman said the PGA Tour was “anti-golfer, anti-fan and anti-competitive”.

The Australian, who is chief executive of LIV Golf Investments, added: “The Tour is intent on perpetuating its illegal monopoly of what should be a free and open market.