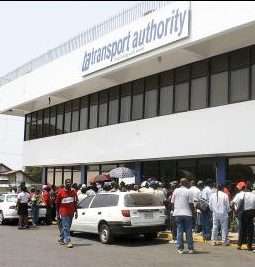 Opposition Spokesman on Transport and Works, Mikael Phillips, is calling for the immediate intervention of the Minister of Transport and Mining, Audley Shaw, in the dispute at the Transport Authority.

Workers and stakeholders have been voicing their discontent following the resignation of Managing Director, Willard Hylton.

Mr. Phillips says Hylton’s exit has led to staff being restive for more than two days and therefore not performing normal duties.

In a statement this morning, the Opposition Spokesman said it was inexplicable that Minister Shaw has allowed the public trading of allegations in statements by the board, management and staff for two days.

He says despite this, Minister Shaw has remained silent and inactive.

Mr. Phillips says the Transport Authority is a critical institution in regulating the transport sector and enforcing the terms of road licenses of the taxi and bus operators island wide.

He said the Minister must act immediately to prevent a total breakdown of order in the system, which was already reeling from indiscipline and high input costs, including fuel.

The Opposition Spokesman said the Minister should clarify the reasons for the resignation of Mr. Hylton instead of allowing various theories to be at large among management and staff.

He wants the Minister to specifically state whether there was any political interference in the departure of Hylton, as he had only recently taken up the appointment and from all reports was performing well.

Mr. Phillips said a clear statement by the Minister would end the continuing protest action by staff and allow the Authority’s offices to function normally.

He’s calling on Minister Shaw to address the matter no later than today.