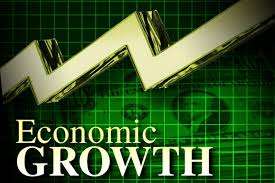 The Planning Institute of Jamaica, PIOJ is forecasting growth in the economy of 6.3% for the July to September Quarter of 2021.

It gave the projection during its quarterly media briefing this morning.

The PIOJ says all major industries except for mining saw improvements.

PIOJ Director General, Dr. Wayne Henry is projecting third-quarter growth for the year of just over 6%.

This follows the previous quarter which recorded growth of nearly 14%.

It means the Jamaican economy is well on the way to recovery. And unemployment is also falling.

The growth in the Jamaican economy is attributed to a 2.8 % gain in the goods-producing sectors.

This was driven by manufacturing which went up by 8.5%, followed by agriculture and construction which grew by 7.2% and 1.7% respectively.

However, growth in this sector was tempered by a decline in mining and quarrying by over 30%.

The services sectors grew by 7.3%.

This was pushed by hotels and restaurants which improved by over one-hundred and 14%.

He’s projecting the year to be capped off with average growth of three to six per cent.

However, Dr. Henry says this could be derailed by a possible fourth wave of COVID-19 infections..