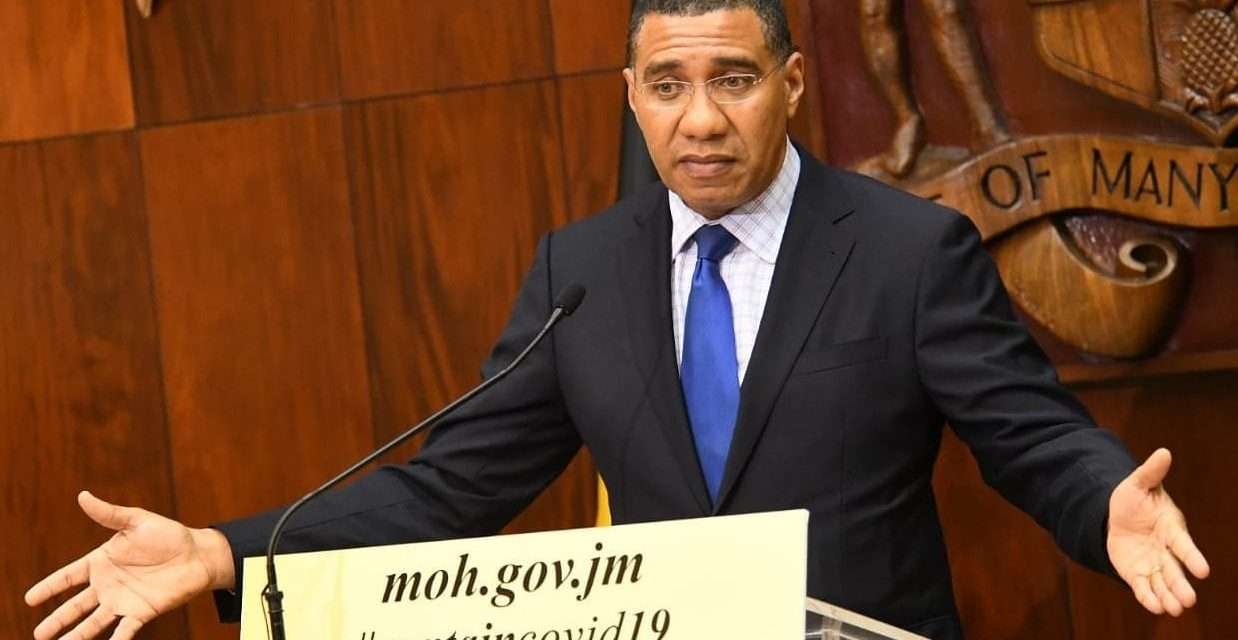 Prime Minister Andrew Holness has announced that effective April 1, 2020 between 8pm and 6am, an all island curfew will be enforced for a period of 7 days, ending on April 8, 2020 at 6am.

This is the latest step by the Government to limit the spread of COVID-19.

Here’s a synopsis of COVID-19 in Jamaica.

The Prime Minister emphasised that the police have been instructed to enforce the curfew.

“That means there will be a restriction on public transportation and all movement, except those that will follow on the gazette, and we will have the gazette published tomorrow,” he said.

Mr. Holness said the decision was discussed during today’s sitting of the Cabinet.

“The Cabinet reviewed the policies that are in place to address the COVID-19 epidemic, and we have decided on some additional measures, which we find at this time to be necessary, given where we are,” he explained.

“We have gotten reports from right across the island and it is clear that whilst there was a fairly high level of compliance to the various Orders that were made over the last two weeks, that over the weekend, we recognised that there is an increase in movement.

This increase in movement has come at a time when we are expecting that there would be a greater probability for infections, given the fact that we have had coming into the island, close to 7,000 visitors, residents and Jamaicans… who we cannot say, with certainty, were faithful to the quarantine rules,” the Prime Minister added.

He said the challenge with this is that it could be the precursor to community spread of COVID-19.  In keeping with this, the decision has been made to impose the all-island curfew.

The Prime Minister also reiterated that the Government is expecting a rise in the number of confirmed COVID-19 cases.

Jamaica now has 36 confirmed cases of COVID-19, with one death.