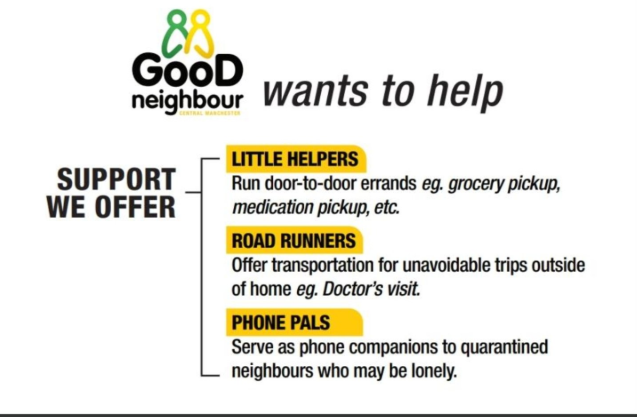 Close to 100 volunteers have already responded to the Peter Bunting-led ‘Good Neighbour’ Initiative that’s geared towards providing assistance for the elderly and disabled during the period of COVID-19 in Central Manchester.

The initiative came to light over the weekend in an effort to minimise the exposure of these groups.

Mr. Bunting posted a flyer on social media inviting persons to volunteer by signing up to help run door to door errands, offer transportation and serve as a phone pal to quarantined neighbours who may be lonely.

While speaking on Cliff Hughes Online this morning, the Central Manchester MP informed that nearly 1-hundred people had responded to the initiative.

And the phone pal will be expected to provide companionship to quarantined neighbours who may be lonely.

Peter Bunting, Central Manchester MP Persons interested in signing up for the programme can contact 876-962-3416 or 876-824-7198.
You can also email goodneighbour@bunting.org.jm

He hopes the initiative will be replicated nationally.