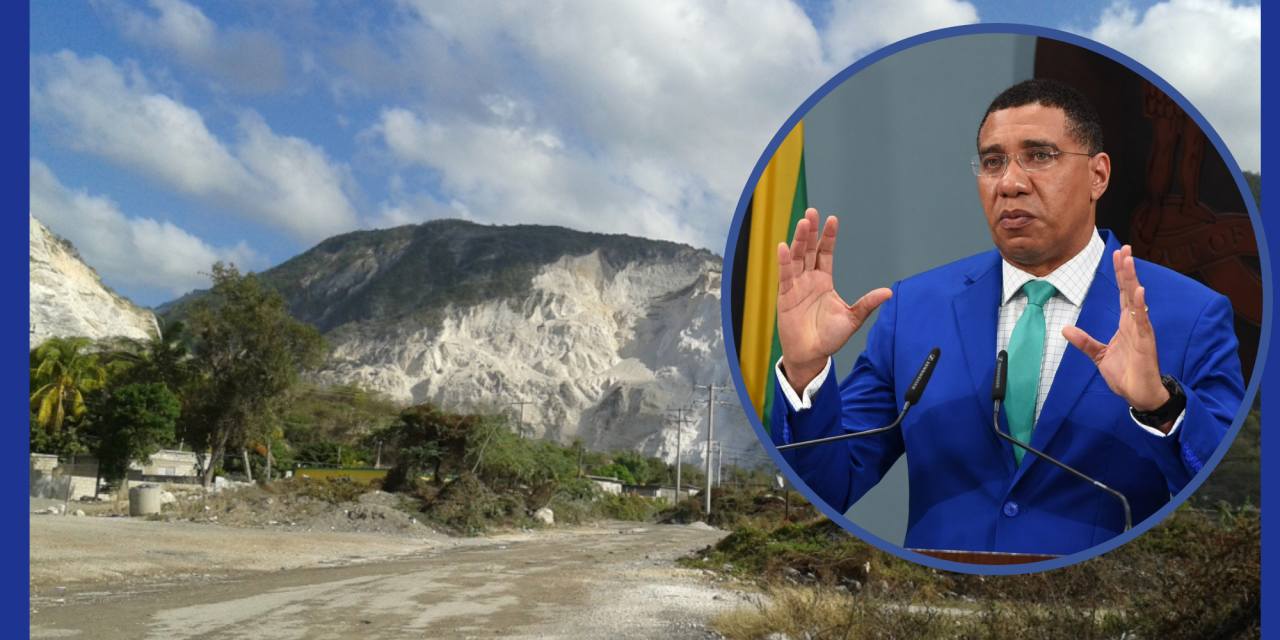 Prime Minister, Andrew Holness has sought to rubbish claims by environmental stakeholders who’ve accused his administration of being irresponsible in reversing NEPA’s decision not to permit mining in sections of the Dry Harbour Mountains in St Ann..

In dismissing the criticisms, Mr Holness says the decision to uphold the appeal allowing phased mining in the area, was taken after developers assured they’d mitigate risks and pollution.

He notes that as the country grapples with increasing unemployment brought on by the prevailing COVID-19 pandemic, it will be critical for the government to balance development and the environment.

The Prime Minister was speaking at the opening of the Labour Ministry’s St Ann Parish Office this afternoon.

Just over a week after news of the government overturning the environmental authority’s decision not to permit mining in the Bengal/Dry Harbour Mountain in St Ann, Prime Minister Holness is hitting back at critics.

Mr Holness says the appeal came to then Minister without Portfolio in the Office of the Prime Minister, Leslie Campbell, who recommended to him that the appeal be upheld.

Mr Holness says it was a tough decision.

But, he notes development’s possible while preserving critical areas of the environment.

The Prime Minister says there was also precedence of mining and other human activities taking place in the area.

Meanwhile, the Prime Minister says should the developer violate the approval conditions, he would personally rescind the permit.

Meanwhile, Political representatives at the Local Government level in St Ann are steering clear of the controversial plans to mine the Dry Harbour hills area, off the Queens Highway in Discovery Bay.

Councillor for the Dry Harbour Division, Carlton Ricketts, says he has heard the story in the news but doesn’t know enough yet to offer a comment.

And, Chairman of the Infrastructure and Physical Planning Committee of the St. Ann Municipal Corporation, SAMC, Dallas Dickenson, told Nationwide News that he would have to check whether any approval was sought through the Council.

Councillor Dickenson, who acted as chairman at today’s meeting of the SAMC did not want to express a view about the likely environmental impact of the proposed development.

He said, however, he was all for development.

Dallas Dickenson, Chairman of the infrastructure and Planning Committee of the St Ann Municipal Corporation.