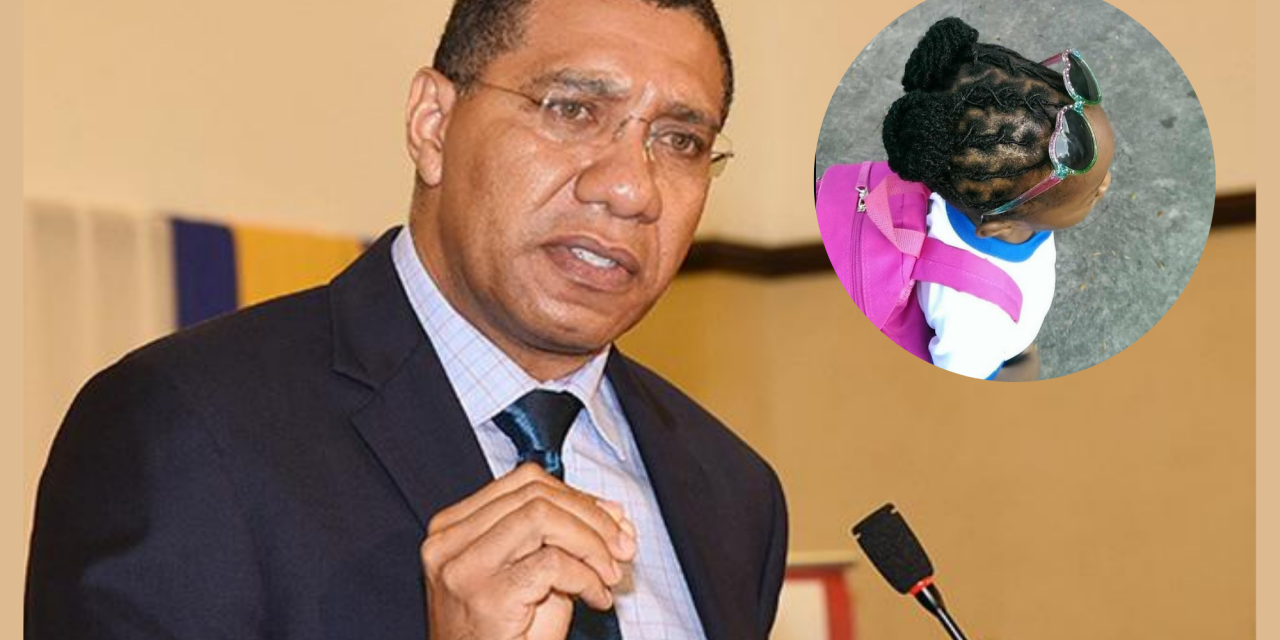 Prime Minister Andrew Holness says it’s time to review and amend the Education Act, to allow the wearing of locs at school regardless of religion.

In a statement from his office over the weekend, Mr. Holness says the law should be reviewed to reflect a modern and culturally inclusive position that protects the country’s children from being barred from any educational institution on the basis of wearing locs as an ordinary hairstyle, irrespective of religion.

Rastafarian children are allowed to wear locs at school, as it as a part of their religion.

However, there’s been national outrage over the case of a female student at Kensington Primary, whose was reportedly told to cut her locs in order for her to attend.

The family is not Rastafarian, but have indicated that the style is a part of their cultural identity.

Prime Minister Holness says children must not be discriminated against, nor deprived of their right to an education on the basis of their hairstyle.

She says the Culture Ministry has been charged with establishing a dress code for institutions that reflect principles and values of independent Jamaica.

On her Facebook page, the PNP Senator says Emancipation Day is one when we reflect on our ancestors struggles as slaves and how we continue to struggle as a people.
She says it’s why she struggles with such a ruling on the eve of Emancipation Day.

And Jamaica Miss World 1976 Cindy Breakspeare says as a mother of a son with locks rivaled by only a few, she’s flabbergasted that we are still having issues about locks in Jamaica.

She and the late reggae icon Bob Marley are parents of Damian ‘Junior Gong’ Marley, who also wears dreadlocks.